Information about the Express Boats in Bangkok.

Useful information about the Express Boats.

Bangkok and the Chao Phraya River are as inseparable as all the other sights you can spot. Well, the river itself may not be a tourist attraction, not for most, for most it will be means of transport. But you should give the Chao Phraya a chance. To reach certain places across the river is sometimes not only faster, it also has a certain flair to join an express boat trip. You can perceive its environment much more relaxed, than for example with a taxi ride.

A ride on an express boat is cheap, depending on the route and the number of stations you want to go, a ticket costs between 10 Baht and 32 Baht if you take the public express boats. There is also an extra tourist express boat, there are tickets for single tickets (40 Baht) and day tickets (150 Baht).

The 4 lines are mostly the same route, which is not really surprising, after all, there is only one river :-) The differences are small, but fine. All 4 lines commute between Nonthaburi - Sathorn, one line continues in the north to Pakkret, two lines go south to Wat Rajsingkorn, one of them only runs at peak times. In addition, the individual lines drive more or less stations. It's easy ;-)

Drive with Express Boats should definitely be on the to-do list of the vacation. Although the boats are sometimes very crowded, with a boat trip you definitely get a special atmosphere to get to know Bangkok. 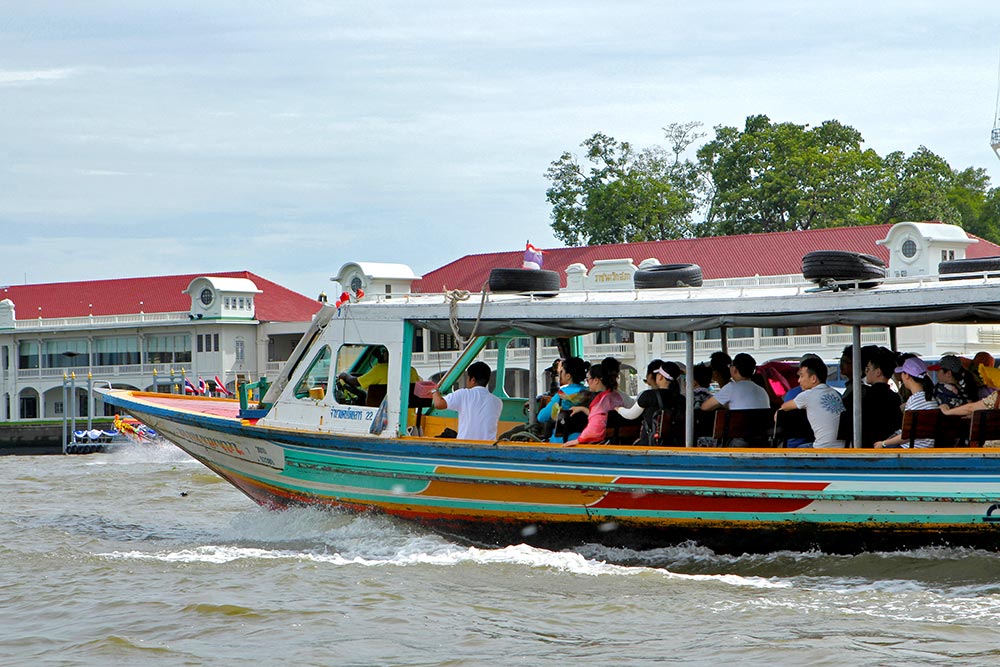 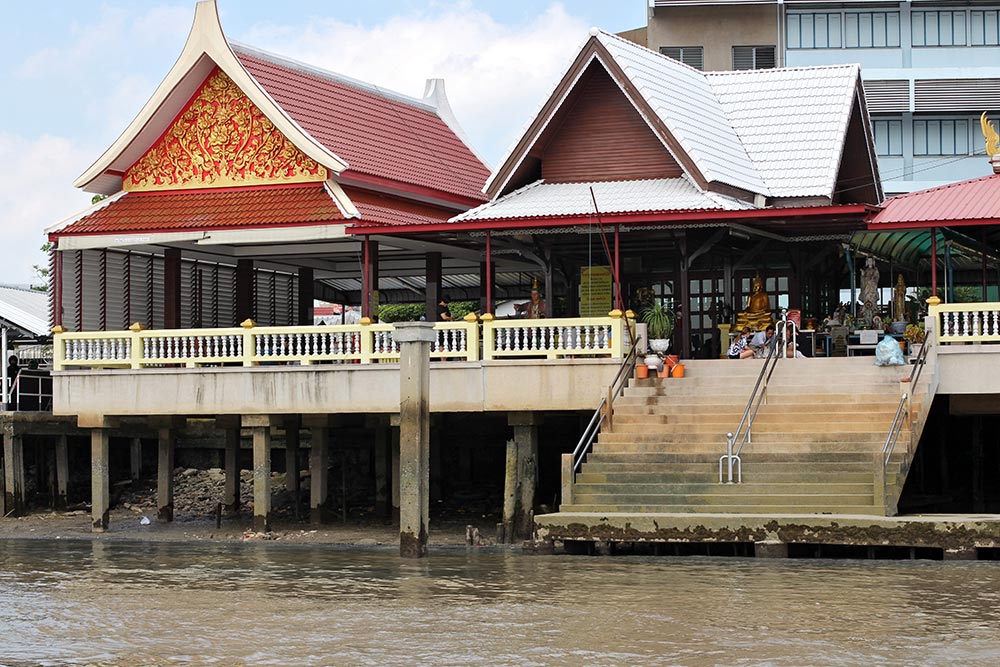 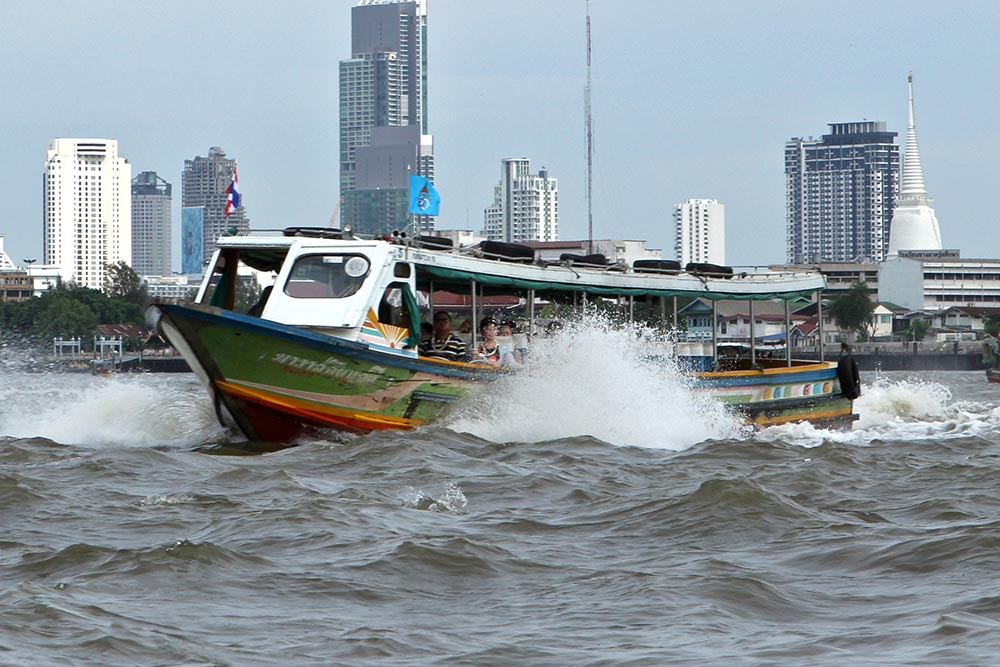 Tickets?
With the express boats is paid for each trip at the pier, you will always find some who collected the fare.
Stations?
We are working on it and will also publish a complete overview of the stations and then describe more tips for things to do.
Operating Hours?
The operating times of the individual express boats are different, starting partly at 6:00am in the morning, going up to a maximum of 8:00pm. Detailed information can be found on the plans at the piers. Once our overview of stops has been completed, we will also explicitly list the operating times.
Your Experiences
Did you use the Express Boats and did you get some more experiences or saw something great? You can tell us your experiences or if you want, you can even write your own blog!

Drive with the Express Boats. 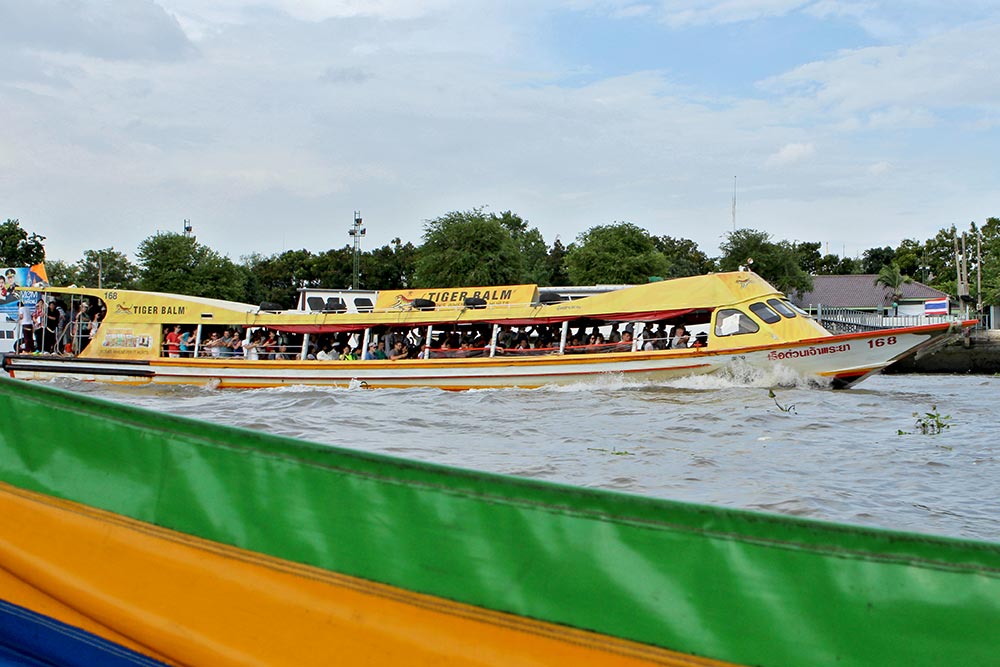 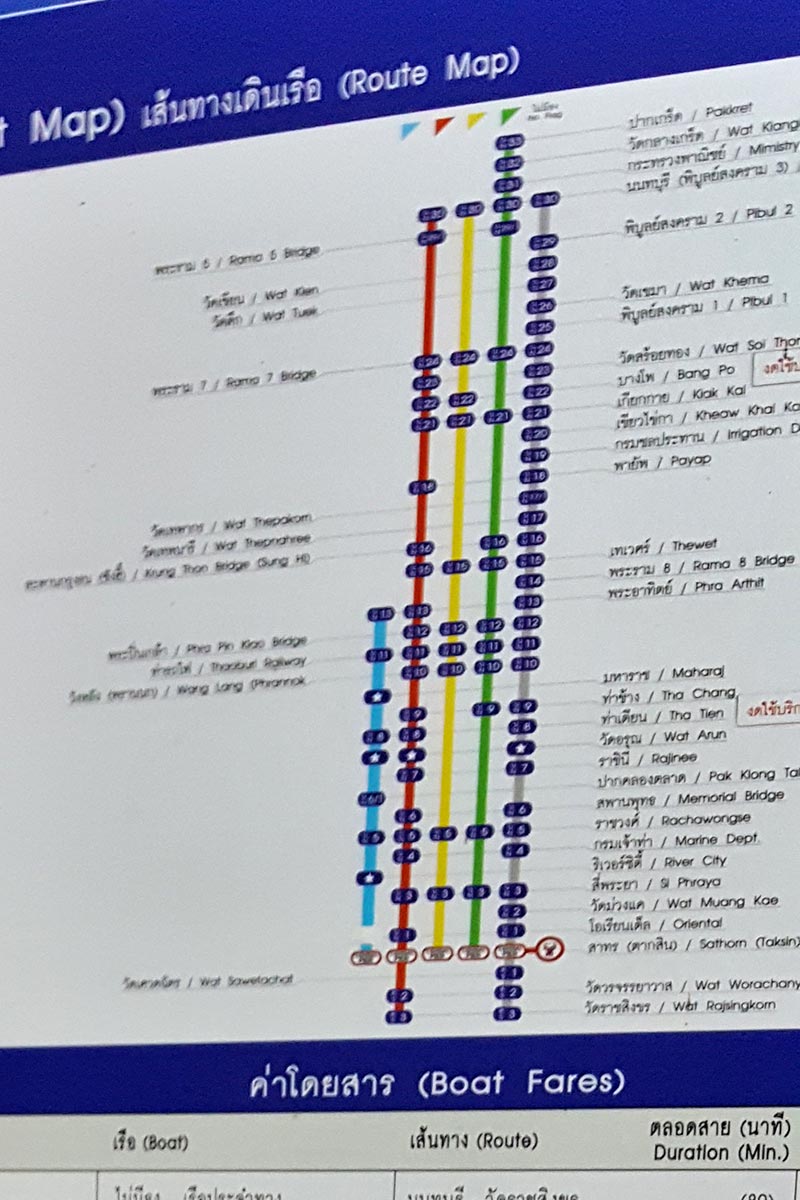 You have the choice.

There are two ways to use the Express Boats, spontaneously without a specific destination, to just take a small boat trip, or to get to specific stations where there are other points of interest. The 4 lines have a different number of stops, so it makes sense to think about where you want to go and if you want to get there as fast as possible, or if possible take a long trip on the river. So the line without flag drives to most stops, the other lines each different for itself many stations. 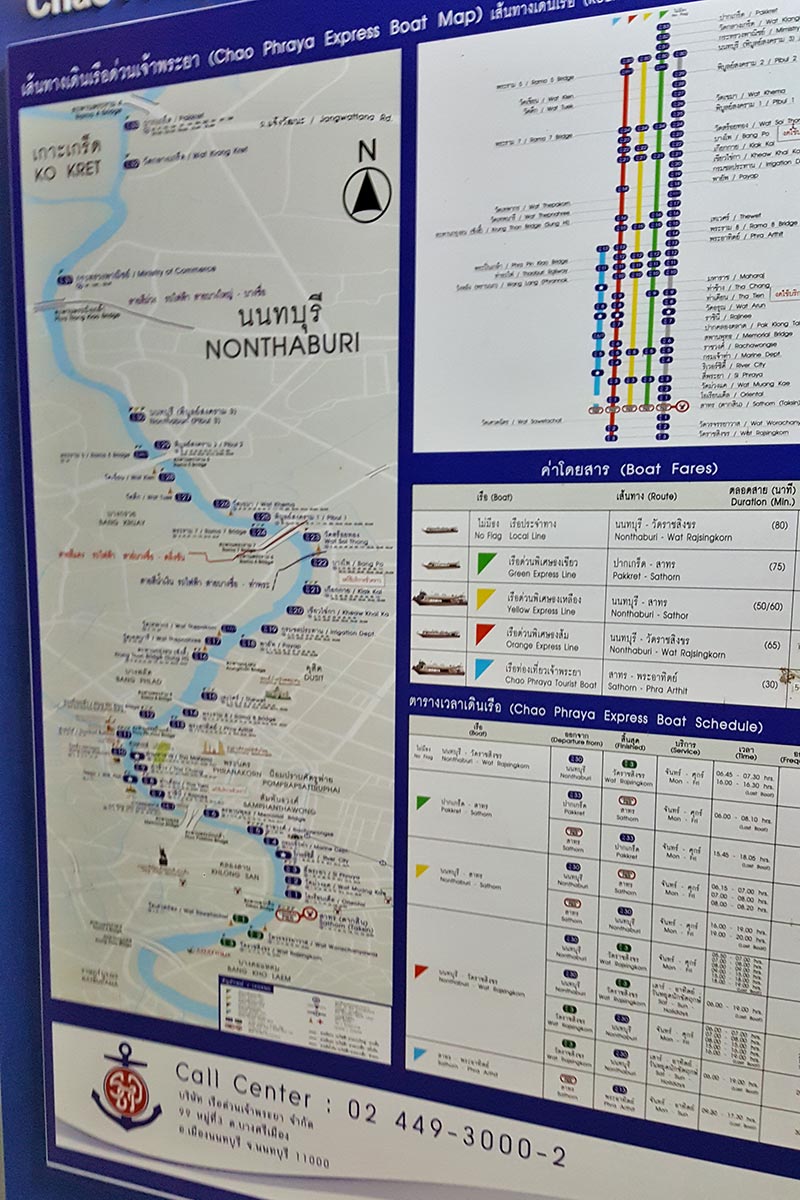 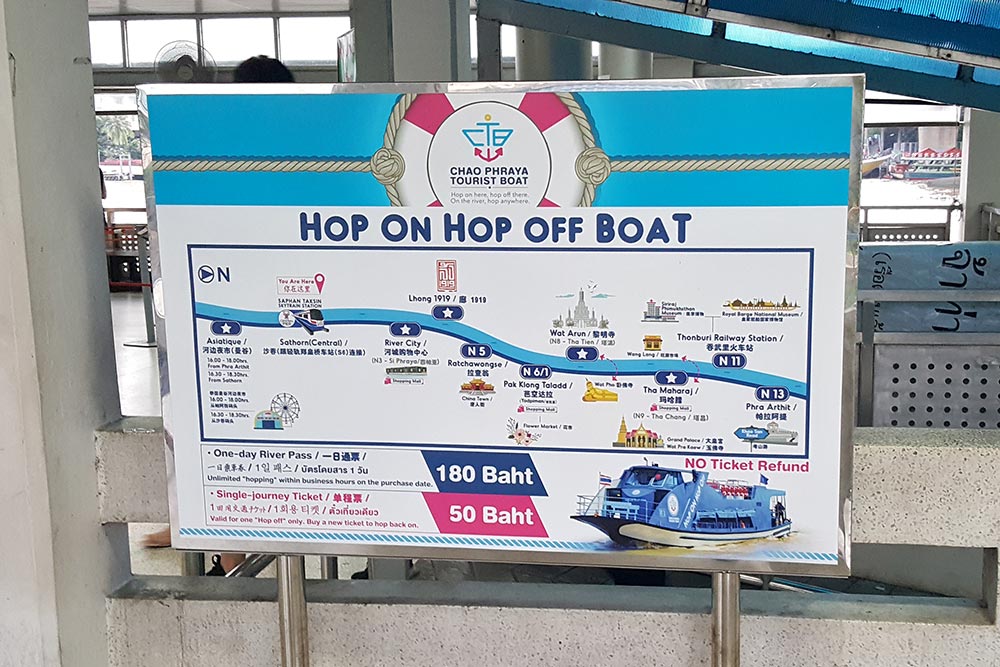 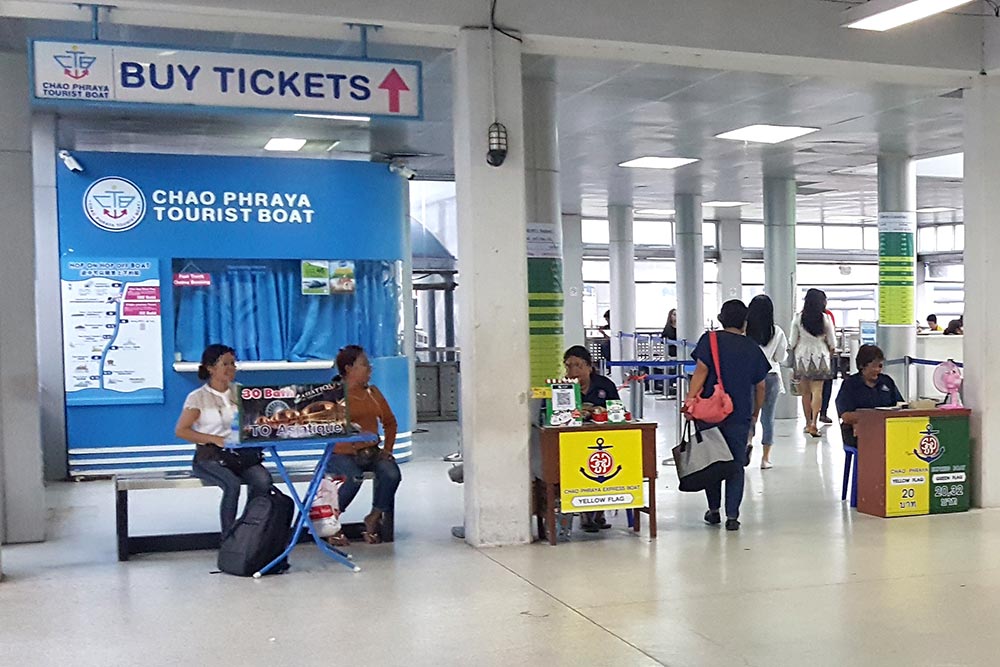 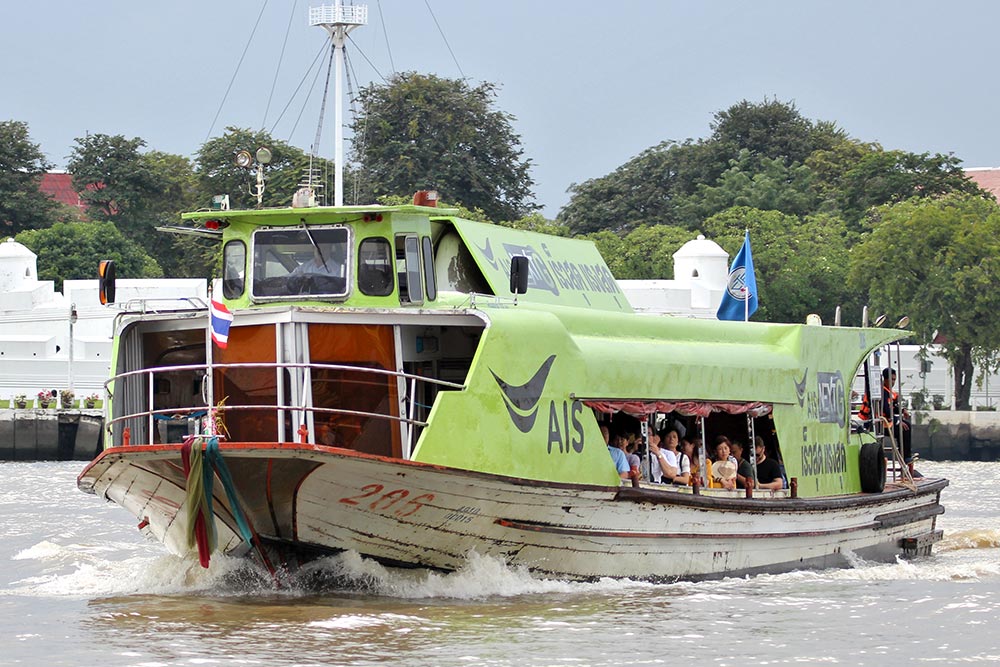 The Chao Phraya Tourist Boat is recognizable at the Blue Flag! This Tourist Boat is stopping at several piers on the Chao Phraya for hop on and hop off at tourists attractions. For a tour you can buy a One Day River-Pass and can hop on and hop off unlimited the whole day, even in the business hours. With the Single Tour Ticket you can hop off at one pier of your choice. Its like a one way ticket, if you want to go back, you would need a further ticket. So think about carefully which kind of ticket you choose.

If you are travelling in a big group, you can charter a boat! with seats for 16 people up to 120 people. More information can be found on the website of the Chao Phraya Tourist Boat Service. 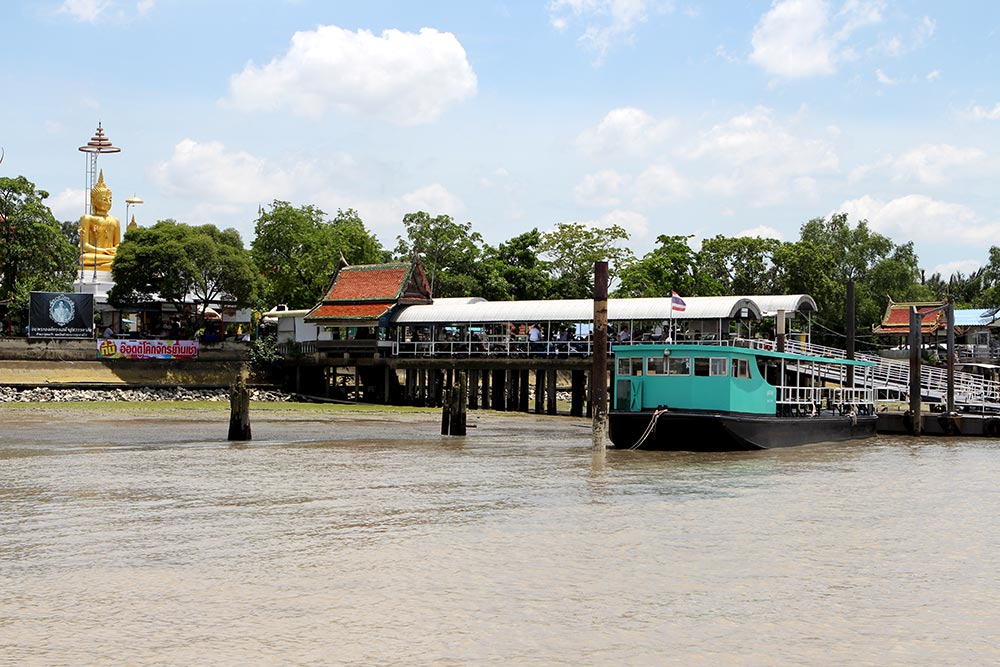 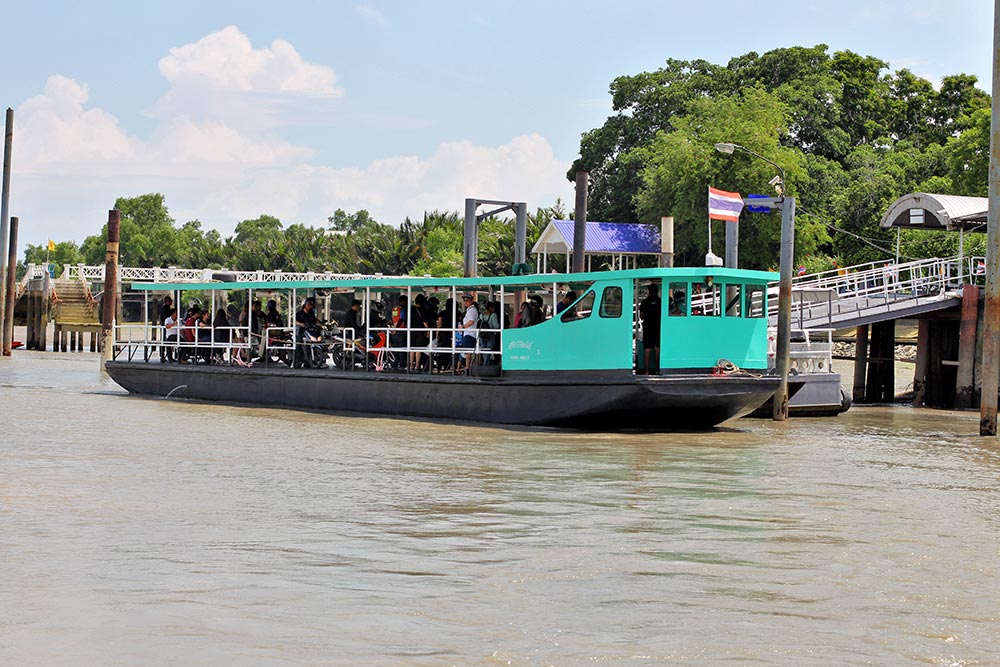 Sometimes you do not want to do a big tour, just drive to the other riverbank. Also there are ferries on many piers with which you can do that. 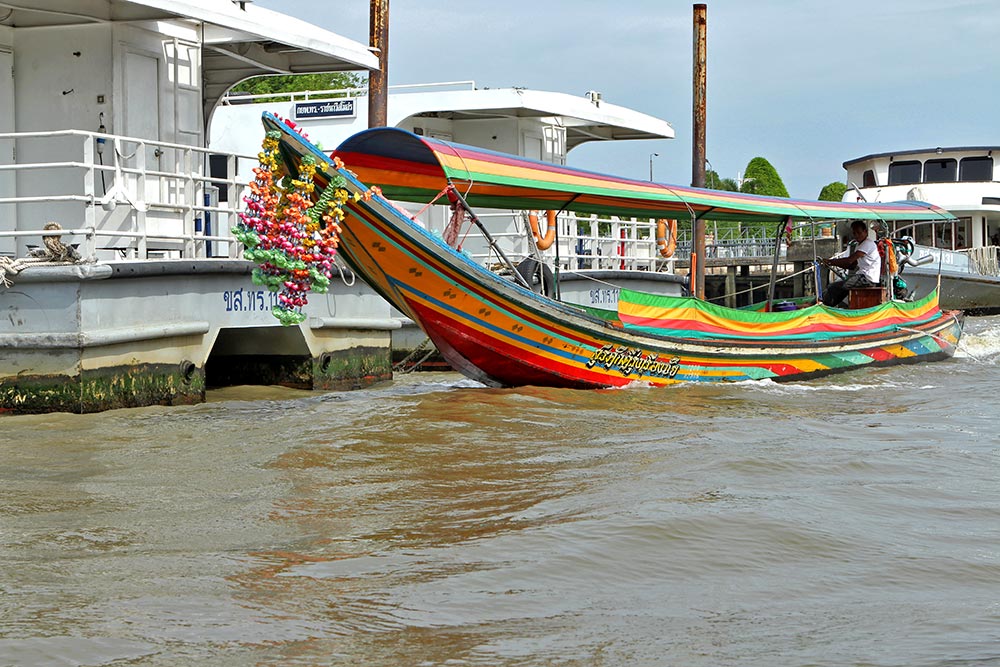 For the sake of completeness, it should be mentioned again, in addition to the express boats and ferries, there are the Longtail Boats. They are usually not for a short distance to change the riverbank, but with these boats are offered tours through the Klongs. Around 1000 Baht or 25€/30$, the rides usually cost and last up to one hour. 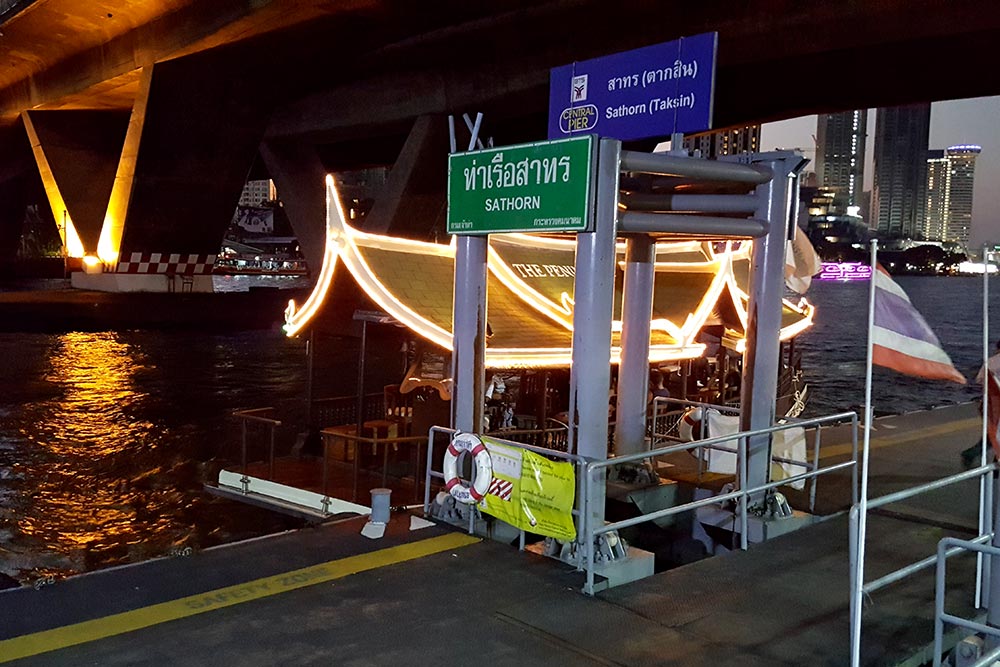 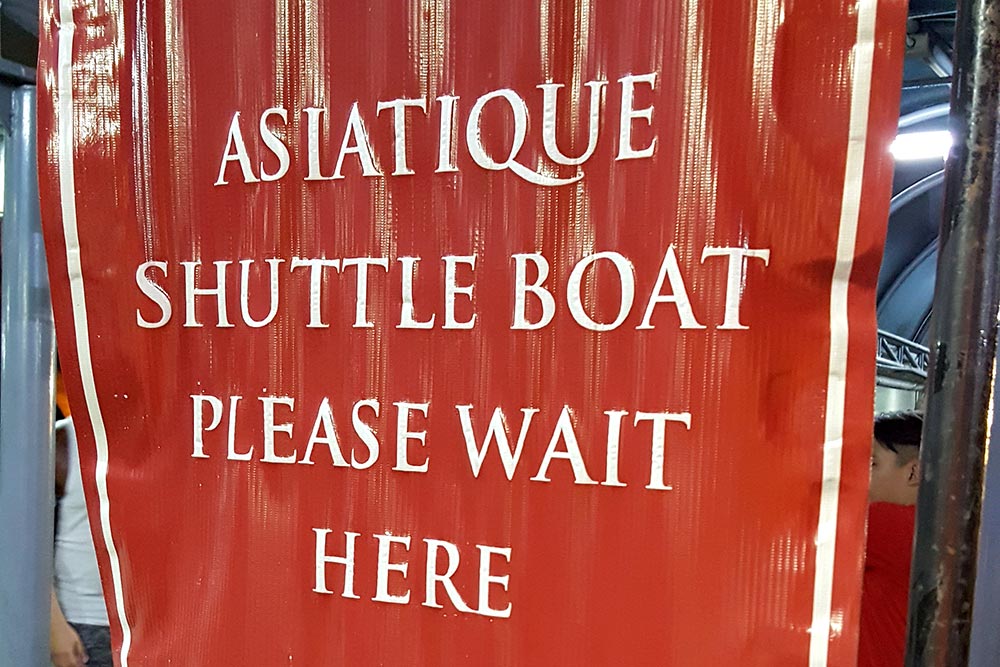 And that is also available in Bangkok, shuttle service boats. So there is this service from some hotels, or as seen in the pictures drives from the pier Sathorn (Taksin) a shuttle service to the night market Asiatique! This ride impresses with a very special atmosphere!