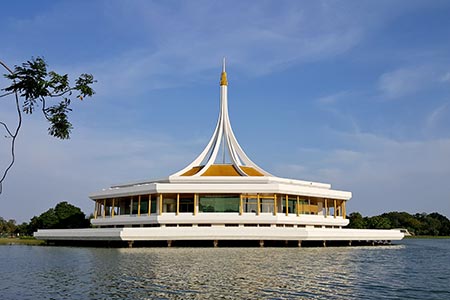 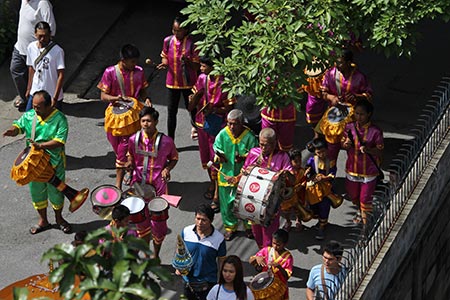 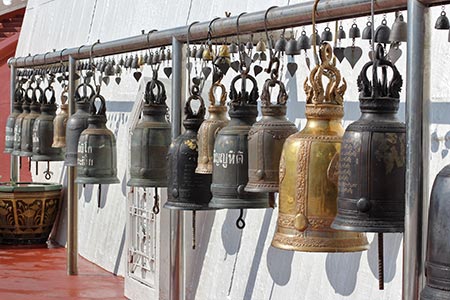 There are many public holidays in Thailand, like the Songkran New Year Festival.

Public Holidays (and some further special days) 2022 in Bangkok / in Thailand.

The New Year on 1st January is also celebrated in Thailand.

National Teachers' Day is a Thai holiday celebrated each year on January 16th. On this day, students go out of their way to show their teachers respect.

Memory of a legendary sermon Budhhas before 1250 monks, celebrated with candle processions.

Princess Sirindhorn has three siblings. She graduated from Chulalongkorn University in 1976 with a bachelor's degree and from 1979 taught as a lecturer in the Studium Generale program at Chulalongkorn University. Sirindhorn is involved in a number of charitable projects and organizations. For example, she has been Executive Vice-Director of the Thai Red Cross Society since 1977. Happy Birthday to her Royal Highness.

Princess Sirindhorn is the eldest child of King Bhumibol Adulyadej and Queen Sirikit. Princess Ubol Ratana married 1972 the American citizen Peter Ladd Jensen and settled in the United States, thats why she losing her royal title in the process. But after the couple divorced in 1988, she resumed her royal duties and position within the Thai court. She is styled in English as Princess Ubol Ratana, without the style Her Royal Highness. In 2001 she returned to Thailand permanently. At that time she began to fulfill her royal duties by taking part in many ceremonies. She started many charitable foundations that focused on improving the quality of life for people in need. Happy Birthday to Princess Ubol Ratana.

Memorial Day to the coronation of Phra Buddha Yodfa Chulaloke (Rama I - first Chakri King), founded in 1782 Chakri dynasty. Although the day of remembrance is dedicated to the coronation of Rama I, on this day in Thailand all kings of the dynasty are commemorated. Currently, Vajiralongkorn (Rama X) is king of Thailand, succeeding his father, King Bhumibol Adulyadej, who died in October 2016.

Thai New Year and Water Festival, a highlight of many tourists with intense water battles.

The Labor Day is celebrated worldwide, in Thailand as well.

The Coronation of King Rama X is the on May 5th, the last Coronation was 70 years ago!

The Visakha Bucha Holiday is the highest Buddhist holiday and recalls the Buddha's three main stations: birth, enlightenment and entry into Nirvana, and thus the birth of rebirth. The holiday is recognized worldwide as the most important joint holiday.

Khao Phansa is a Buddhist holiday in Thailand and the first day of a three-month retreat of Buddhist monks during the rainy season.

Maha Vajiralongkorn is the current king of Thailand and has his birthday on July 28th. Of course, the king is being thought of that day, as Khao Pansa Day is also on that day, many Thai will receive a spare holiday on July 30th.

Mother's Day in Thailand. Honoring Queen Sirikit, she is the widow of King Bhumibol Adulyadej and since 1950 Queen of Thailand.

Commemoration of the death of King Chulalongkorn (Rama V.). Chulalongkorn's tenure as king was from 1868 until his death in October 1910. He was King of Siam, now Thailand, and he paved the way to modern Thailand with many things.

The festival takes place as a thanksgiving to the goddess of the water. On this day small homemade boat made of banana trees with candles, flowers and incense sticks are launched. They symbolize leaving all trouble behind and benevolently looking to the future. The ultimate culmination of the Loy Krathong Festival is the rise of small lanterns, similar to hot air balloons, powered by a candle / flame, providing an unremarkable glow in the evening atmosphere as hundreds of these lanterns float into the sky.

Father's Day in Thailand; Commemorating the birthday of the late King Bhumibol Adulyadej.

New Year - the year is coming to an end.