For a relaxed journey.

Those who travel to Bangkok usually do so by plane. We will give you some useful information on how to get there and how best to get to your room. 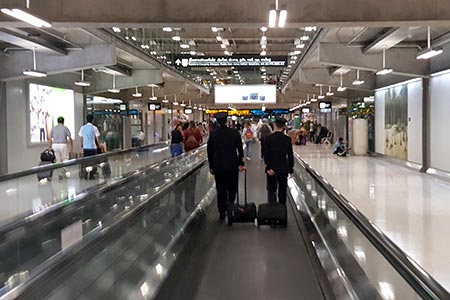 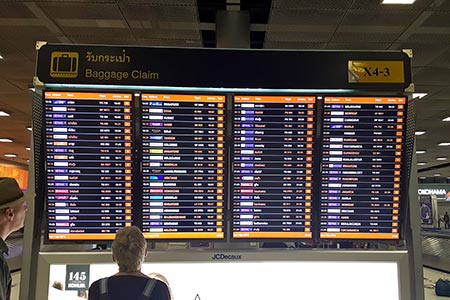 Useful information for the journey.

Bangkok has two airports, Suvarnabhumi and Don Mueang. Suvarnabhumi is the larger of the two airports and has the largest number of international flights. Most travelers will arrive here. Don Mueang has many domestic flights, so you can get from here with Air Asia, for example, to Phuket.

Arrive at the Airport Suvarnabhumi

Once you've landed by plane, there are three things you still need to do to get out of the airport: go through immigration control, pick up your luggage, choose the red or green exit of customs control. The airport Suvarnabhumi is very well signposted and you can see very quickly where to go. All travelers must first go to immigration control. The path through the first control requires a certain amount of patience.

No surprise, many passengers come to the immigration control and not infrequently land several aircraft in a short period of time. Waiting times of 30 to 45 minutes are not uncommon. At the checkpoints, foreign travelers are controlled separately from Thai, yet you are in the big crowd of travelers and should be relaxed.

Tip: there are several immigration checkpoints. Of course, there is no guarantee at which point you can get the fastest control, but if at a certain point a lot of passengers are waiting, there are often people from the airport who can tell you if the other points are less crowded. In the plane people has ideally filled out his immigration card. Better that is. Here in the ever-moving human snake to fill the card just strikes in addition. Nevertheless: there is a control even before the actual control: Employees from the airport take a quick look at the completed card and recognize quickly, if anything should be missing.

Now you have the hardest part behind you, now comes phase two, get the baggage. The baggage claim begins almost immediately after immigration control. You do not have to go far and see the first luggage conveyor belts. On the way there, you will pass panels that provide information on the basis of the flight and the flight number on which conveyor belt you can expect your baggage. Tip: not only pay attention to the number of the conveyor belt, but there also pay attention to the sign once again, which indicates the flight, the baggage is unloaded. It may happen that the information on the boards does not match the selected conveyor belt. But that should be the exception rather than the rule.

Once you have found the baggage, it goes to the exit. The way to the exit is again big bid. As at any airport, you still have to pass the customs area. Does one have to declare something for the entry? As a rule, arriving tourists are not checked, they only buy their things in Bangkok, which they may then have to declare at their home airport. If you pass through the customs (green exit = nothing to log in /// red exit = goods or a lot of cash sign up), then you are almost in the public area and can now go to the taxis, or to the Airport Rail Link, as the case may be how to get to your room

Drive to your room

From the airport there are two basic ways to get to your room. Ideally, you have a pick-up service and is expected in the meeting area by name tag. Those who do not have this luxury in their travel offer will surely be the most who chooses the easy way. The cheaper way is to take the Airport Rail Link. The ARL drives regularly to the center and stops at a total of 7 stations. For many, this is not enough and you probably have to change to the BTS or the subway. If you had a long flight behind you, then you will be treated to the luxury of a taxi ride.

Tip: both means of transport can be found in the basement. A taxi can be obtained as follows: a) resist the temptation and allow the tugs in the meeting area to swarm up an expensive taxi! This can then be 2 to 3 times as expensive as necessary. b) There are plenty of public taxis in the basement. There you will also find vending machines where you can get a number. The number shows the seat number of the taxi, which was chosen for the waiting person. Just go to the appropriate place and talk to the driver about the destination of the accommodation. 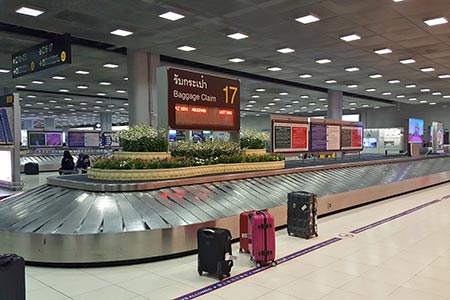 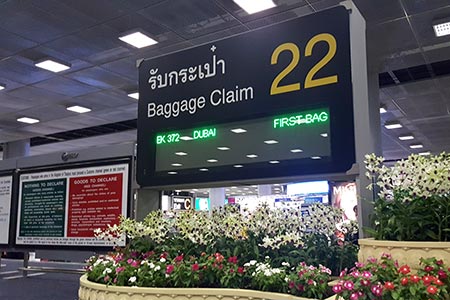 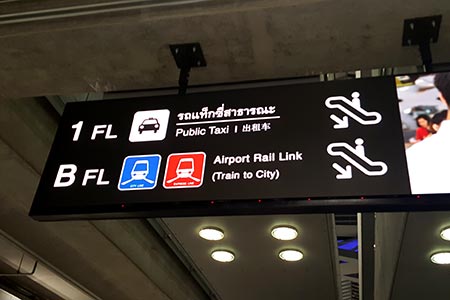 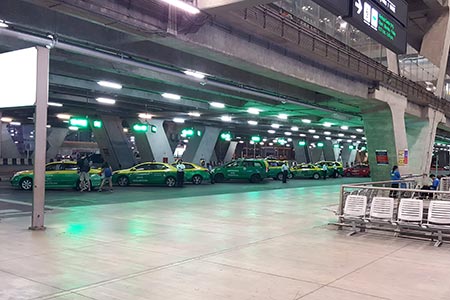 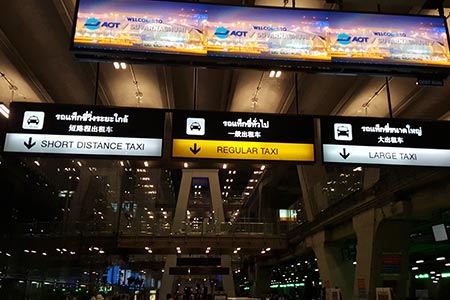 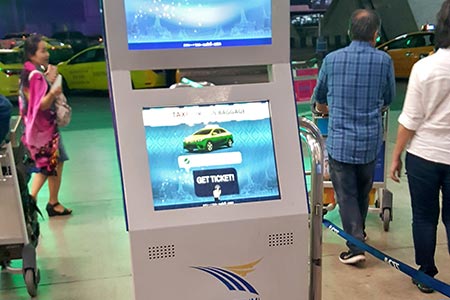 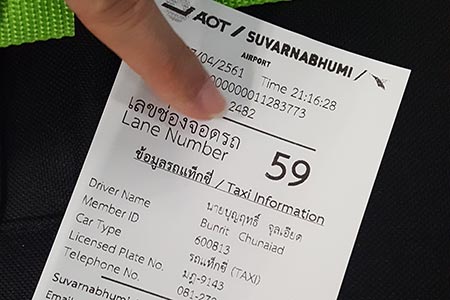