The connection from Bangkok Suvarnabhumi Airport to downtown Bangkok.

The Airport Rail Link is a rail system in Bangkok connecting Suvarnabhumi Airport with downtown Bangkok. The operator of the SRT Electrified Train (SRTET) is a subsidiary of the Thai State Railways (SRT).

With the Airport Rail Link you have a fast transport to get from Suvarnabhumi International Airport to the center of Bangkok. The trains run every 15 minutes and take 30 minutes to the final stop Phaya Thai. Phaya Thai is also a BTS station, so you can change from there. Two stops before Phaya Thai, the ARL reaches the station Makkasan. There you have the possibility to switch to the MRT, at the Phetchaburi MRT station. The ARL route has a total of 8 stops, a ticket costs between 15 and 45 Baht, depending on the destination.

The ARL Airport Rail Link is a good and very cheap way to get to the center of Bangkok. Ideally, your hotel room or rented apartment is located near one of the 7 stops from the airport. If you need to change to the MRT or BTS to continue, you have to buy a new ticket for these lines. The cost of a taxi ride beats the ARL, a taxi ride to the city center costs about 200 to 300 Baht. Even this is still a good price. And the advantage with the taxi is that you are brought directly to the front door of your accommodation. Nevertheless, the Airport Rail Link is worth considering, especially as you leave the Traffic Jam at certain times with an ARL ride.

A single trip with the ARL is cheap, 45 Baht maximum. If you still need to change, need to buy more tickets for BTS or MRT and be in larger groups on the road, then maybe a taxi could pay off.

Ticket System
One ticket is required per trip and per person, there are no group tickets. The tickets are so-called tokens, round plastic chips, which you put on the marked spot on the barriers.
At the Airport
Access to the Airport Rail Link at Bangkok International Airport Suvarnabhumi is located on the lowest floor, the B-floor.
Regular Driver
Also for the MRT there is a rechargeable card, the Pre-Paid Smart Pass. You can get this at every Ticket Office at every ARL station. If your hotel room or apartment is close to an ARL station and you are traveling regularly, you can save yourself the constant buying of tokens.
Discounts
There are discounts for students and seniors.
Operating Hours
The Airport Rail Link trains runs from 6:00am to 00:00 midnight.
Your Experiences
Did you use the public transport ARL and did you get some more experiences or saw something great? You can tell us your experiences or if you want, you can even write your own blog!

Drive with the Airport Rail Link. 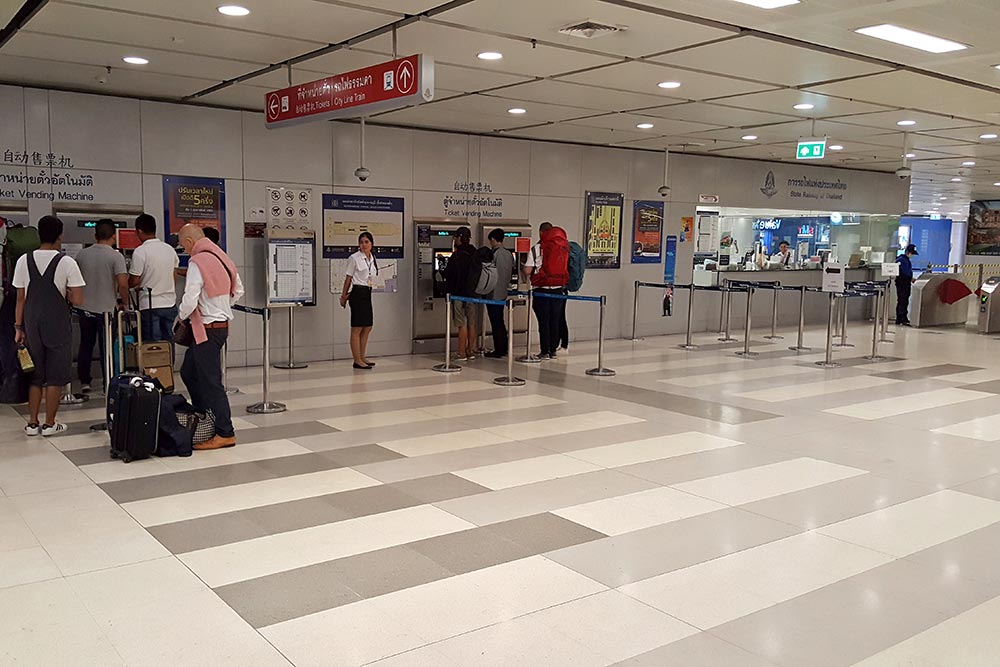 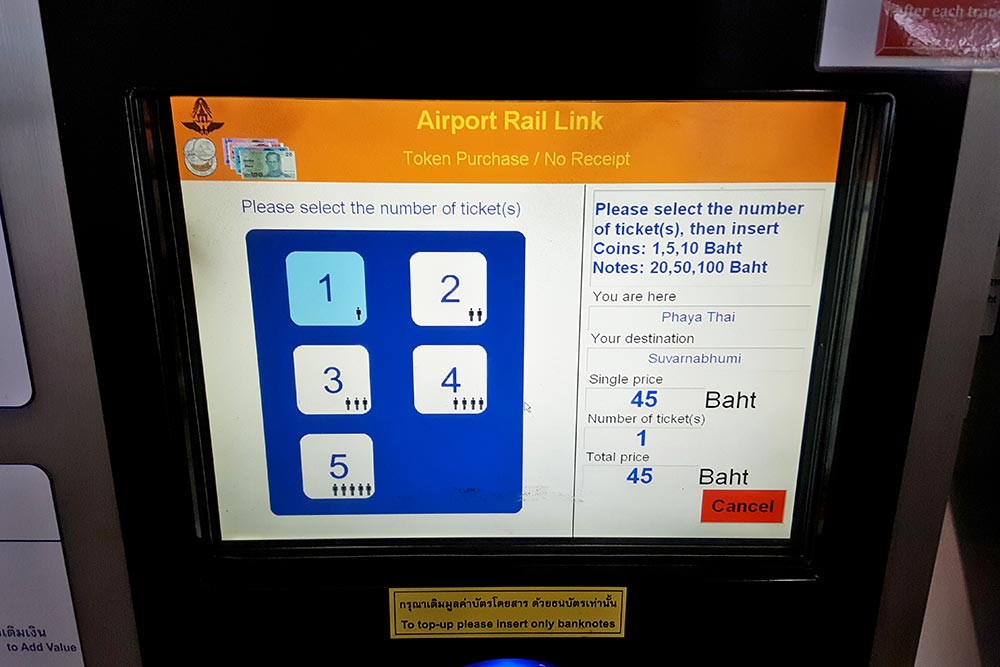 Instead of tickets as they are used at the BTS, there are so-called "tokens" for the trip with the ARL. These are round plastic chips that you need for the passage of the barriers. The operation of the ticket vending machine is simple: on the touch screen display you first select English as the language and then enter the destination stop and the number of people. After the calculated amount has been paid, comes for each person one token from the vending machine. At the ticket office is also the rechargeable Pre-Paid Smart Pass available. 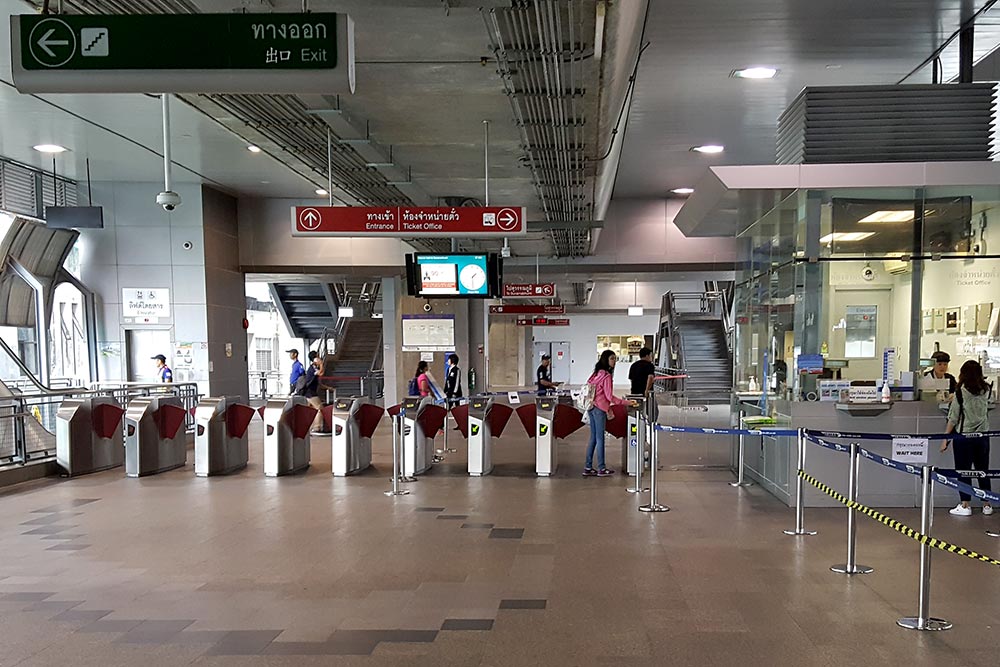 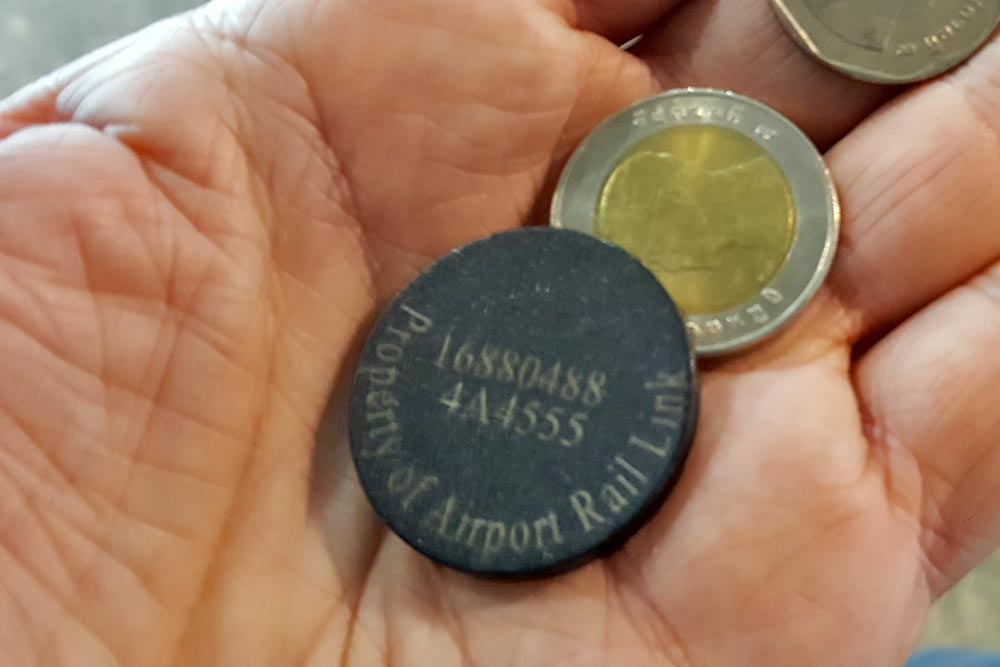 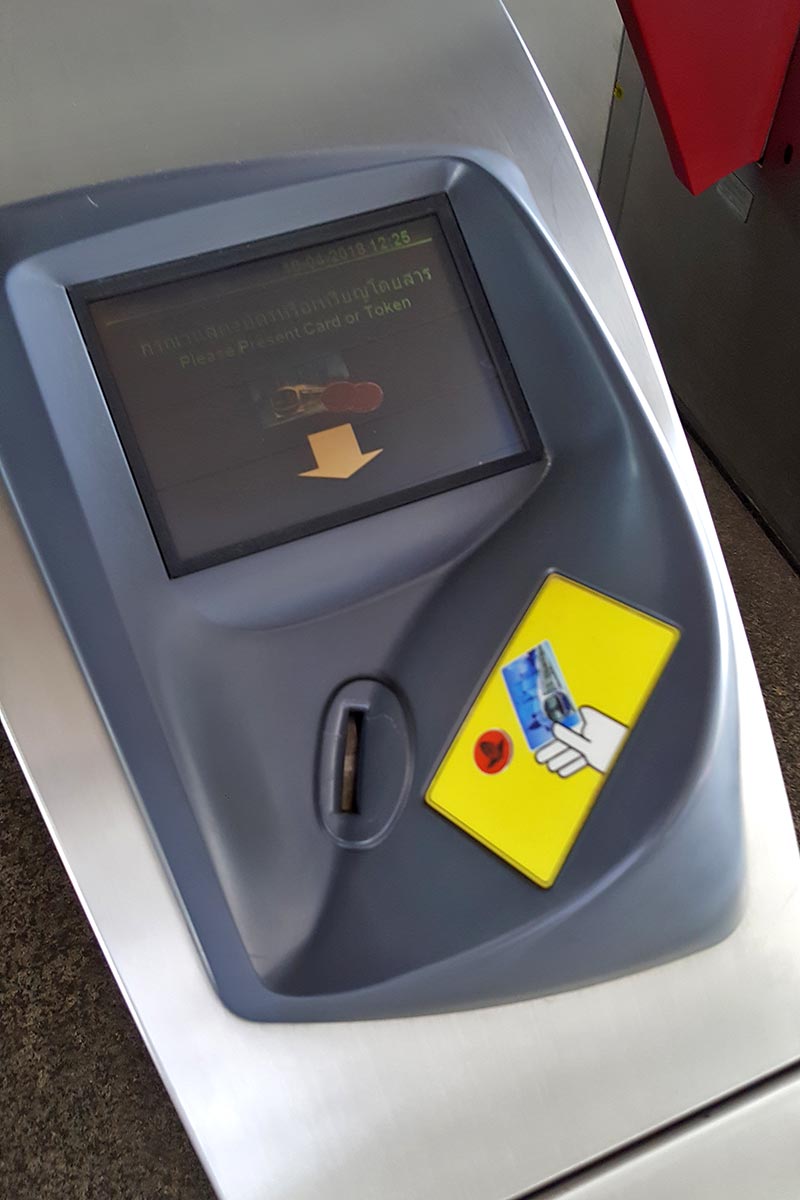 Enter the station (and leave again).

Also for the Airport Rail Link there is a barier system for entering and leaving the platform. Applying the tokens is very simple: there is a marked area at the barriers, where you place the tokens and the barrier opens. If you arrive at the destination station, you put the token at the barrier in the provided slot. 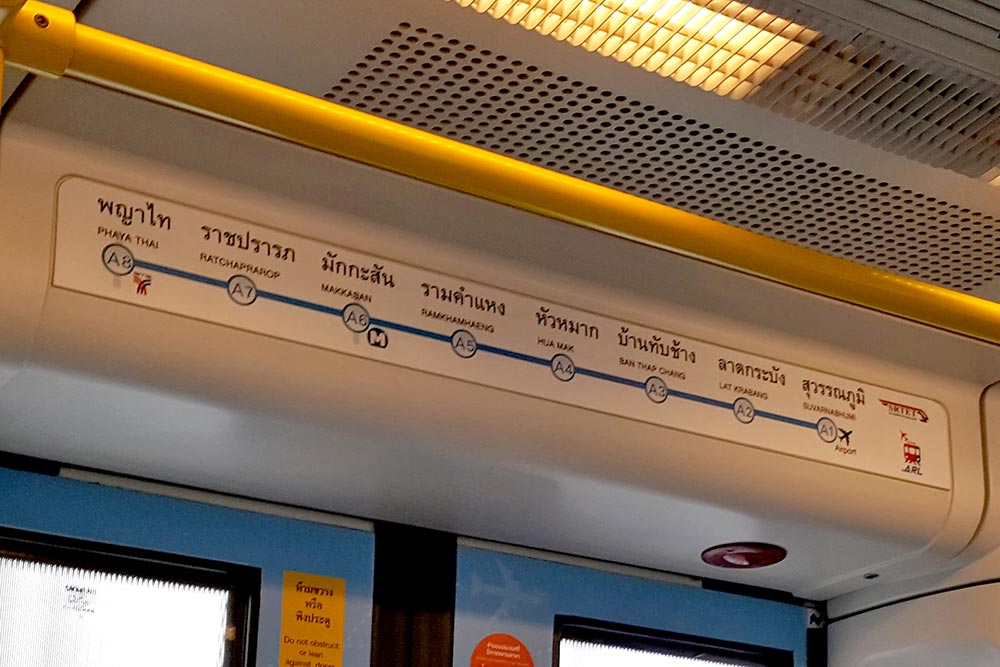 The route network of the Airport Rail Link is manageable, there are only a total of 8 stations. At the station A6 - Makkasan - you can change to the MRT metro.