Some basic information about The Snake Farm.

How to get to the Snake Farm Queen Saovabha Memorial Institute

The easiest way to the Snake Farm Queen Saovabha Memorial Institute is going by the Metro MRT - Blue Line. The Snake Farm is between the two Metro Stations Si Lom and Sam Yan.

In the year 1911 Momchaoying Banlusirisarn Diskul died, caused by rabies. As at that time Rabies Vaccine was not available in Thailand, the Royal family recognized the danger of this incurable disease and the necessity of having vaccine against it in Thailand.

The Interior Minister of that time, Prince Damrong Rajanubharb, asked King Vajiravudh for permission to establish a center of vaccine production and vaccination against rabies. With the permission of the King Vajiravudh, the first center on the royal property at Bamrung Muang Road had been built. This center was officially opened on April 26th 1913 under the name “Pastura Sabha”, which was later changed to the name “Sathan Pasteur”, it was under the direction of The Ministry of Interior until 1917. In 1917 the King Vajiravudh made the decision to transfer all its activities to the Thai Red Cross Society.

October 1919, Queen Saovabha Phongsri died, and in the year 1920 the King Vajiravudh decided to build a permanent building in Queen Saovabha's memory to be used for research in medical science. The new Insitue official opening with dedication on December 7th 1922, all activities of the Science Division were transferred to this new Institute, the old Sathan Pasteur got dissolved. King Vajiravudh named this scientific institution after his Mother, “QUEEN SAOVABHA MEMORIAL INSTITUTE”.

Nowadays the snake farm is an important part of the Thai Red Cross - Queen Saovabha Memorial Institute. The Snake Farm service starts from education for public, tourists, government and private organization, school and university in order to understand snakes habit and improve attitude on snakes.

Map to The Snake Farm

About The Snake Farm

The Snake Farm is a good attraction in Bangkok. Take your time to visit the Snake Farm, learn more about the habits of Snakes and what the Thai Red Cross is doing on the Snake Farm.

King Cobra on the Snake Farm

More Images from the Snake Farm 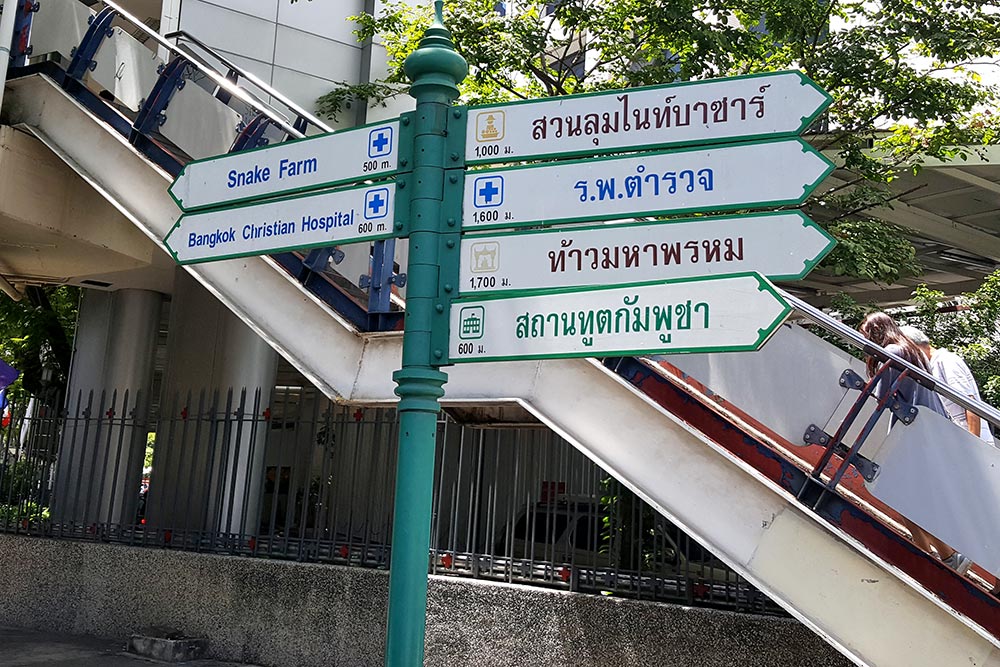 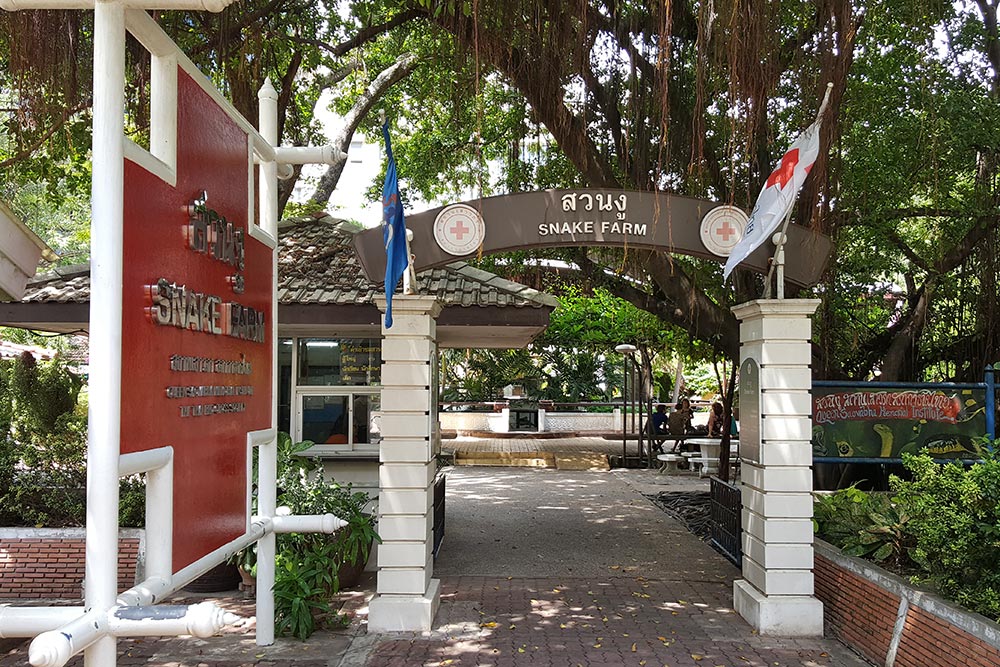 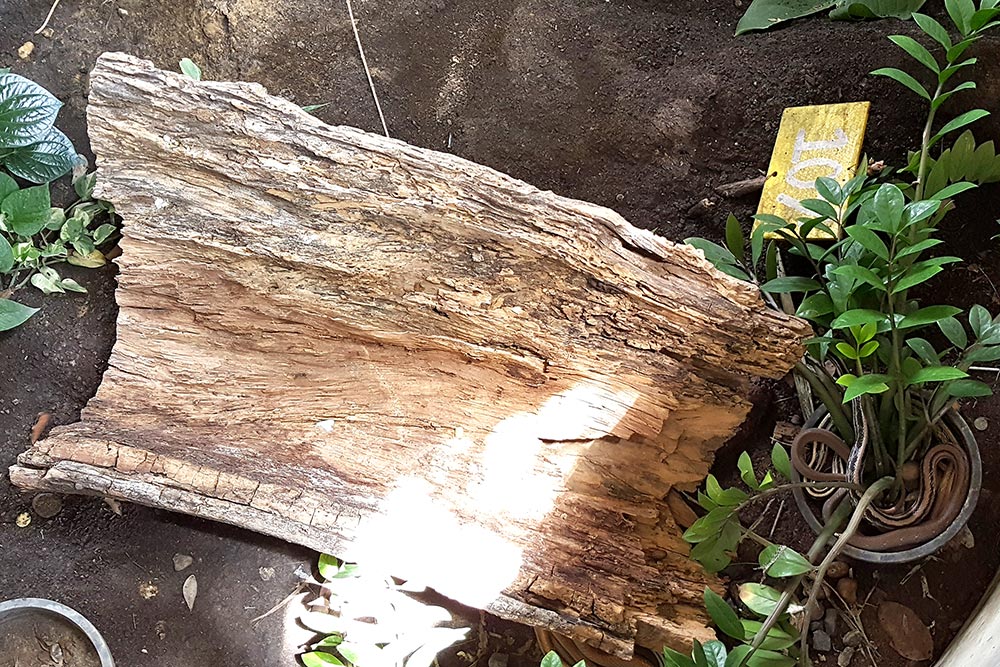 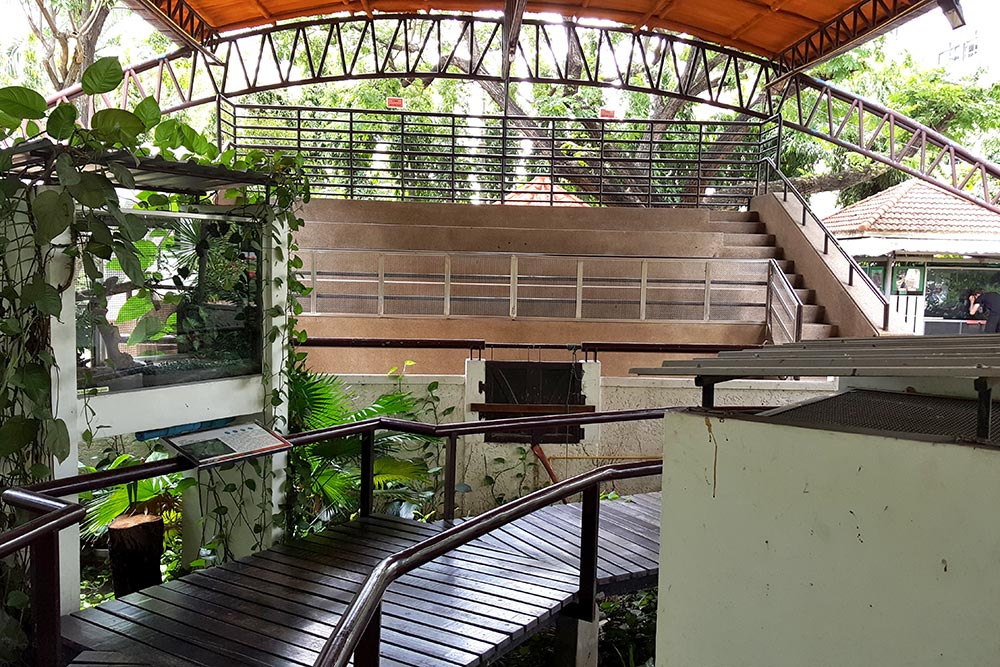 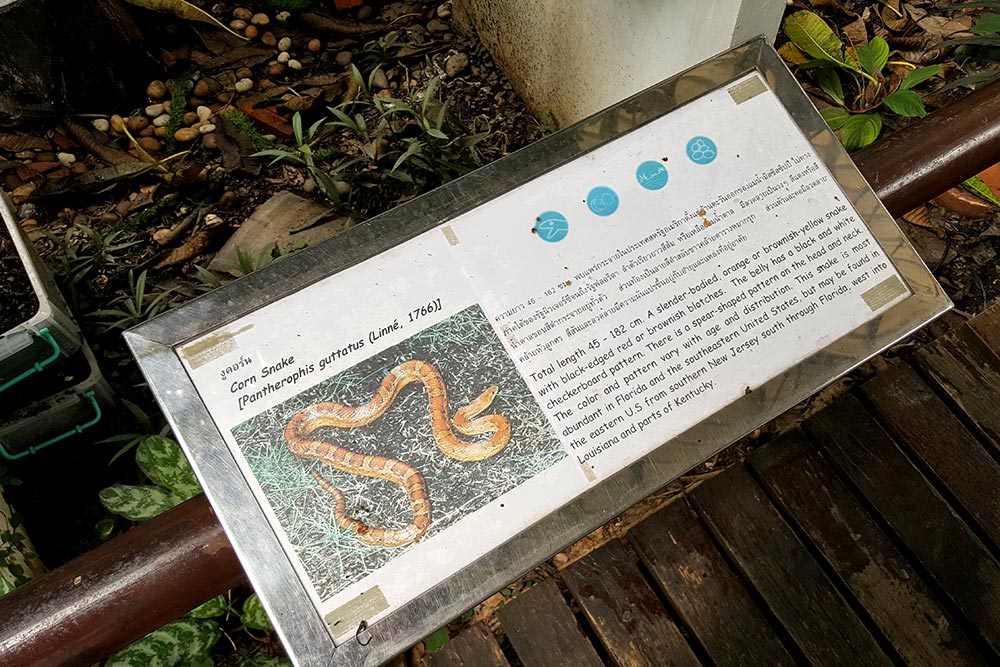 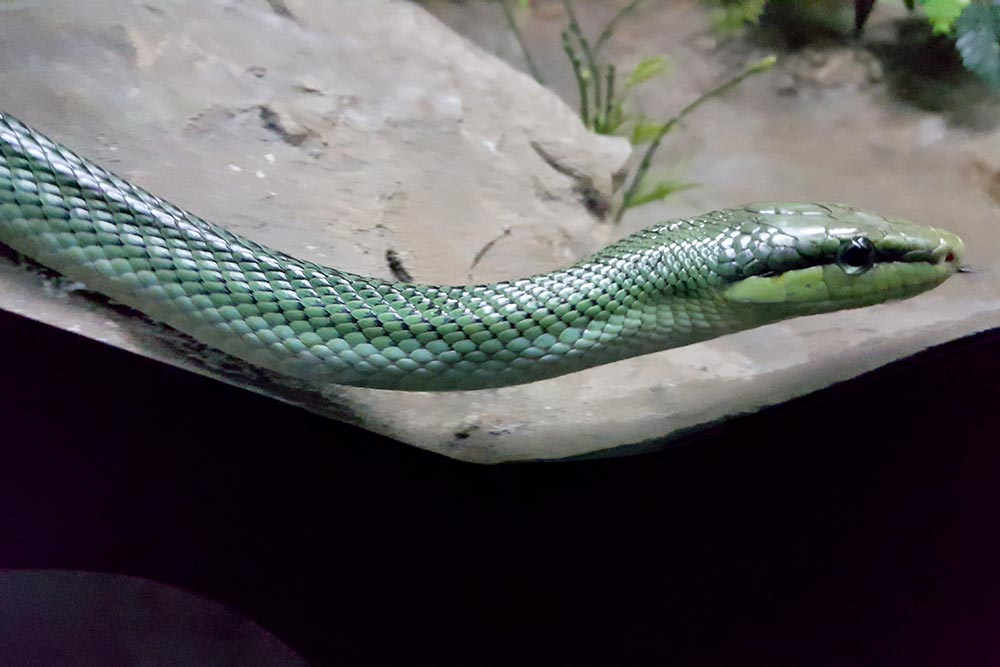 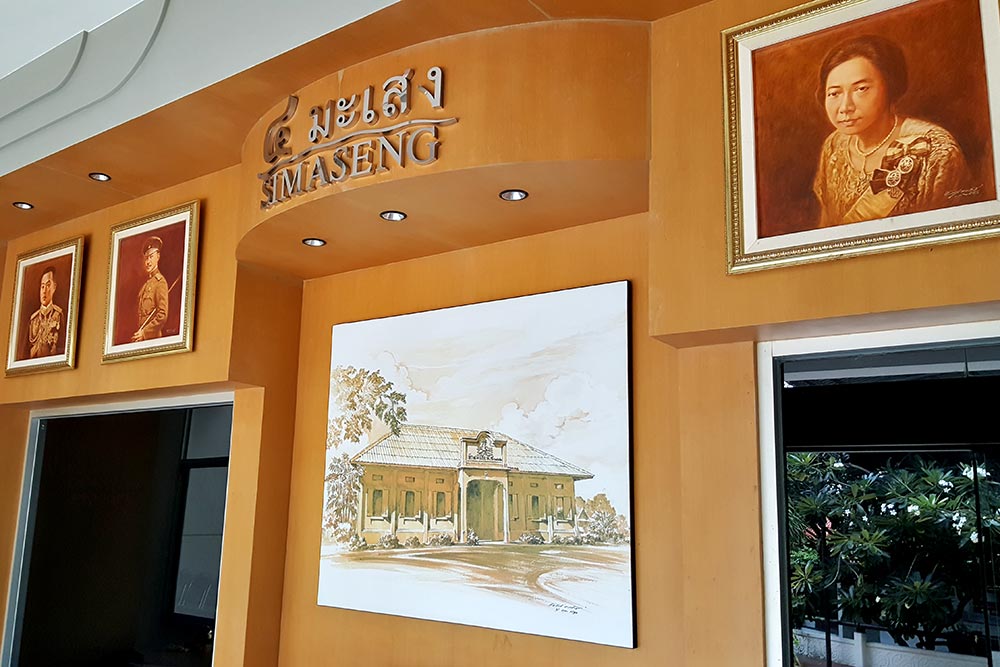 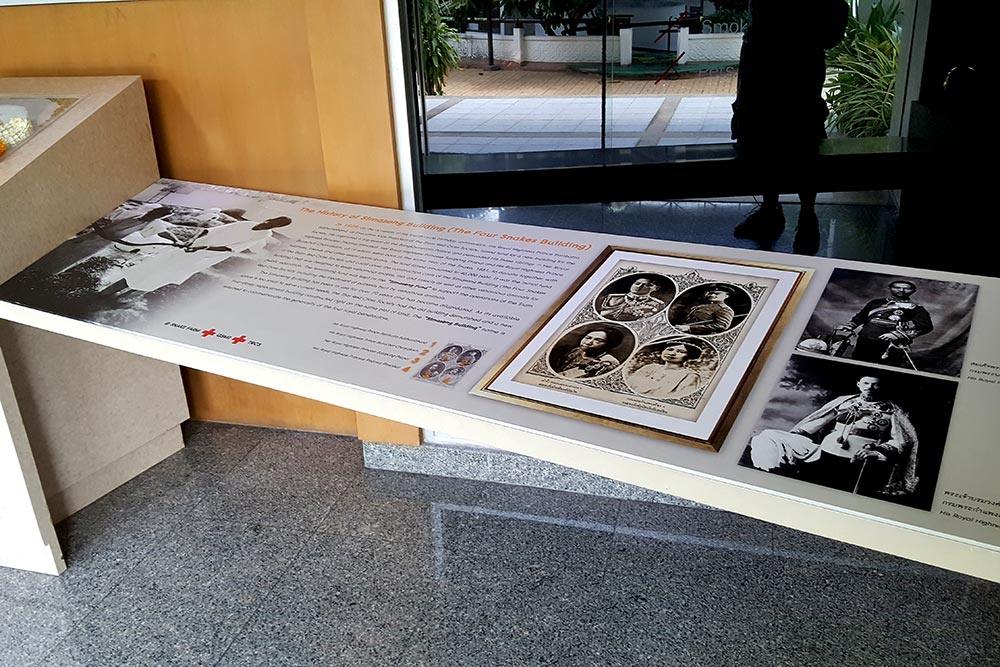 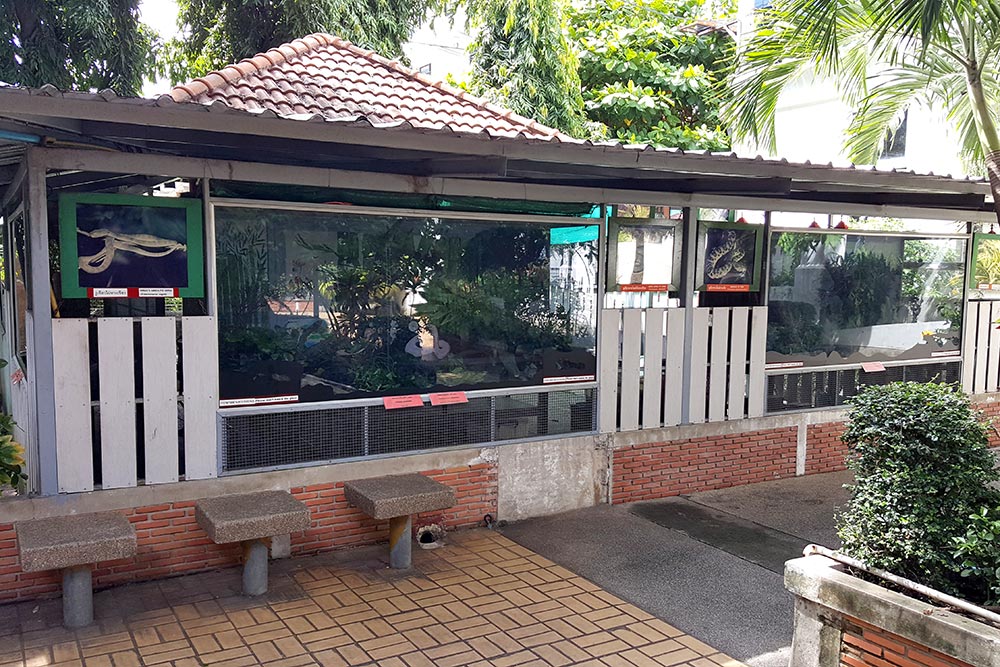 Attraction & Eduction
The Snake Farm is no typically attraction for tourists, it is more than this. You get some interesting information about the habits of snakes, about what the Red Cross is doing and finally, if you want, after watching the snake show, you can touch a Python Snake.
Your Experiences
Did you visit the Snake Farm and did you get some more experiences or saw something great? You can tell us your experiences or if you want, you can even write your own blog!

The Snake Farm is the main part of the Thai Red Cross Society - Queen Saovabha Memorial Institute. The Institute has the policy in assuring that all production and tests for pharmaceutical and biological products produced by the Institute are perfomed with good professional practice. The data generated are precise and accurate. 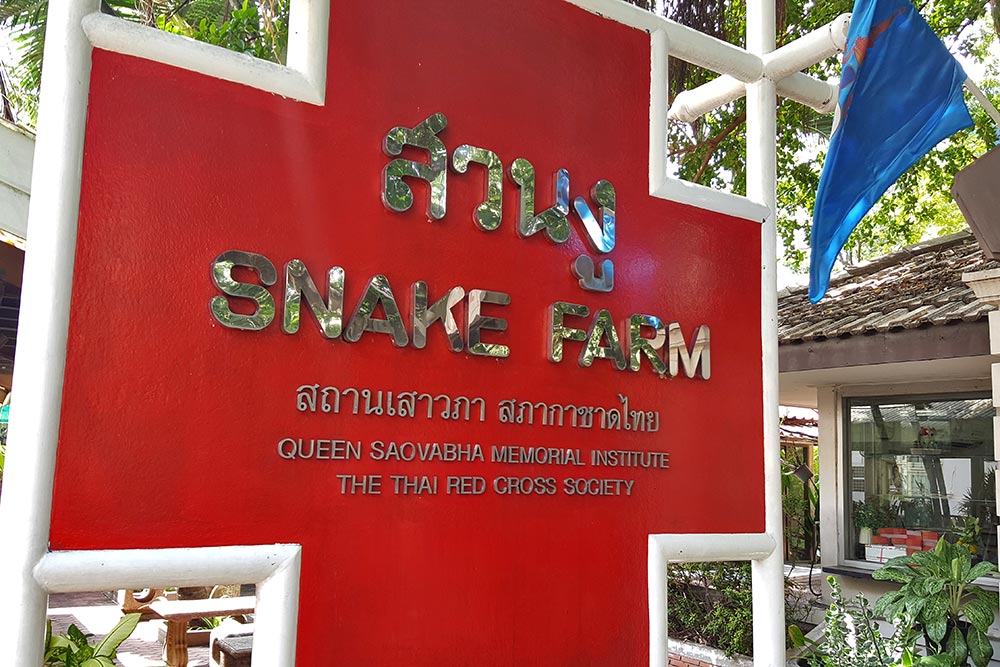 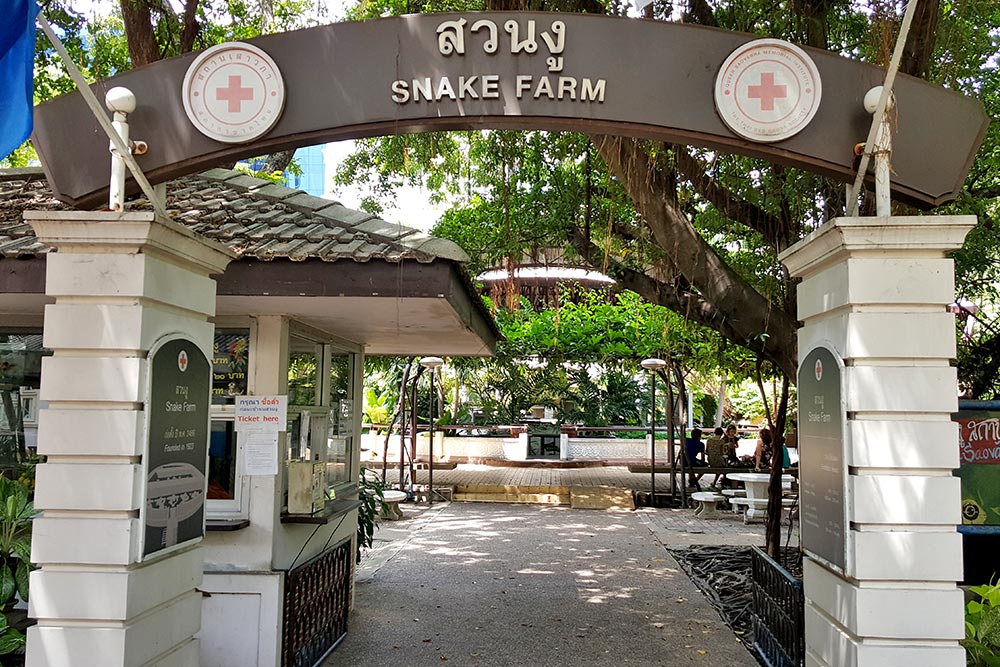 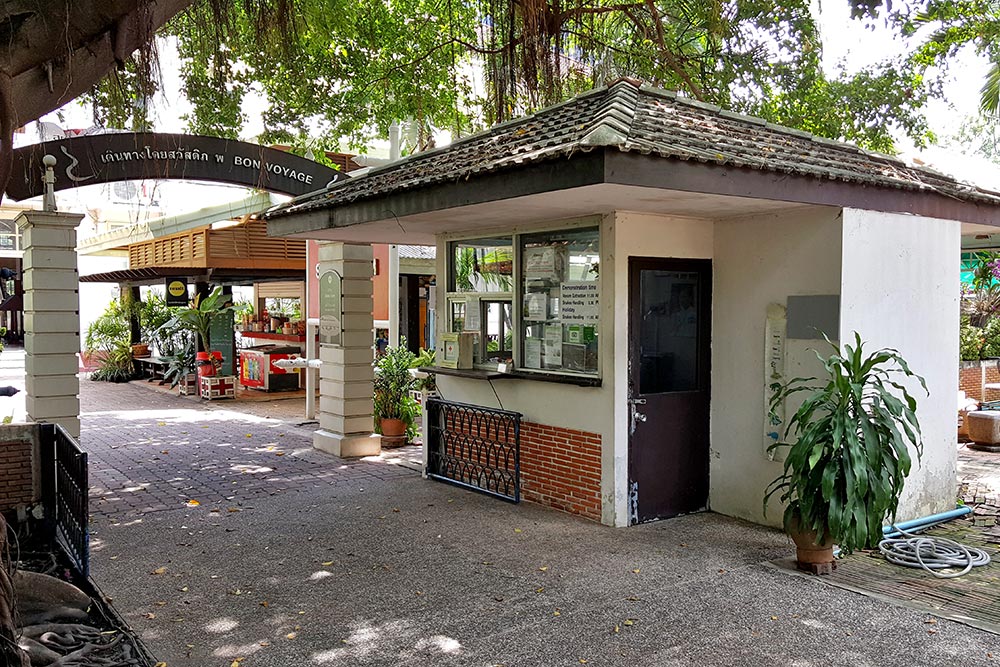 Right after the entrance you see the first snakes in some serpentarium. 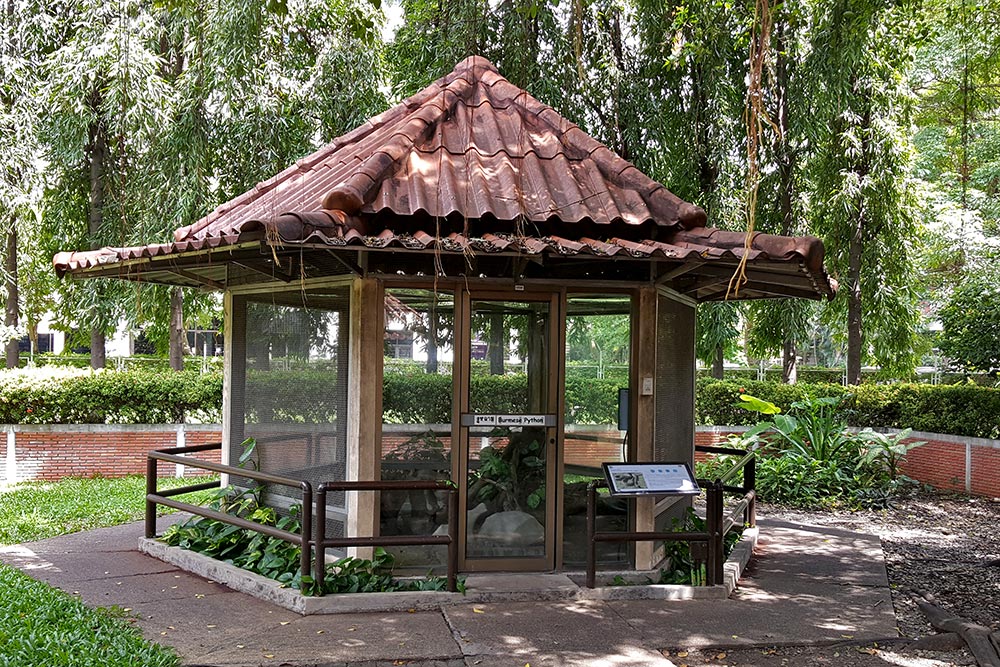 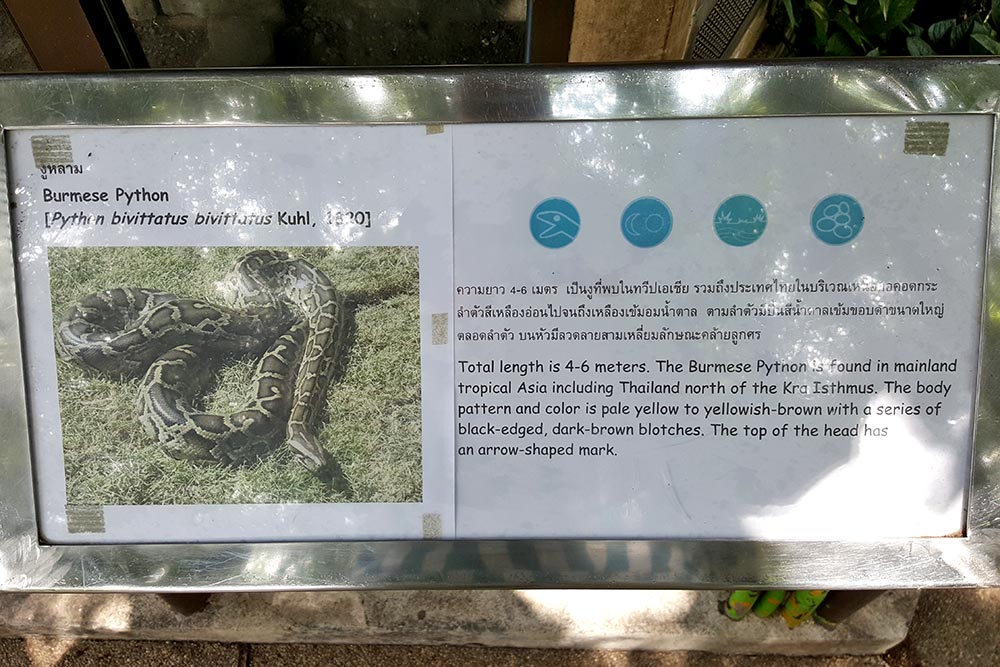 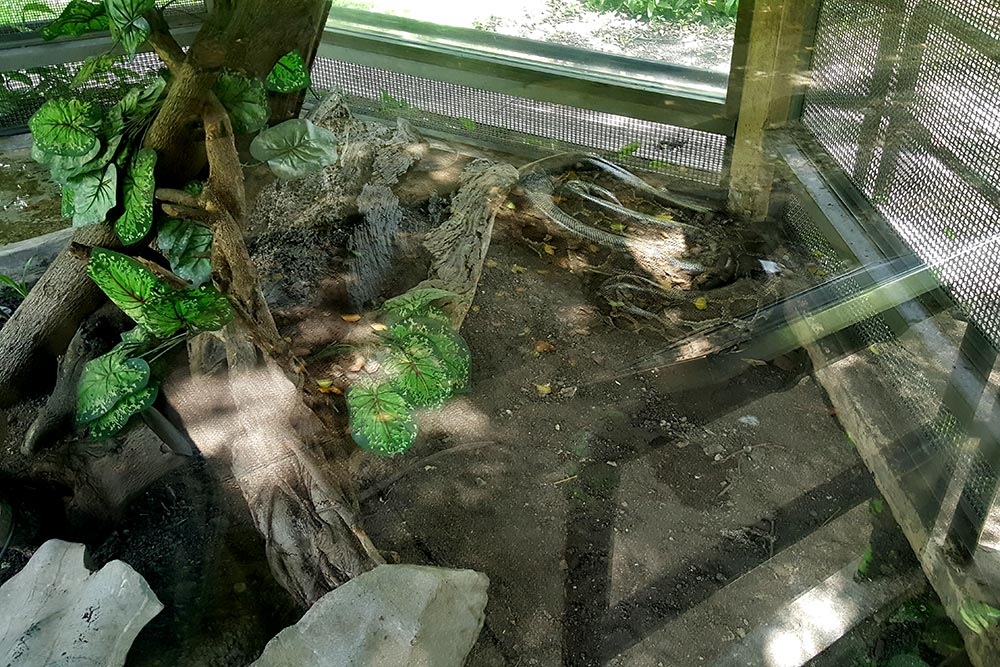 In the center of the Snake Farm is a big outdoor serpentarium with an arena for a live snake demonstration. The Snake demonstration starts at 2.30pm on weekdays Monday till Friday and at 11:00am on weekends and holidays. 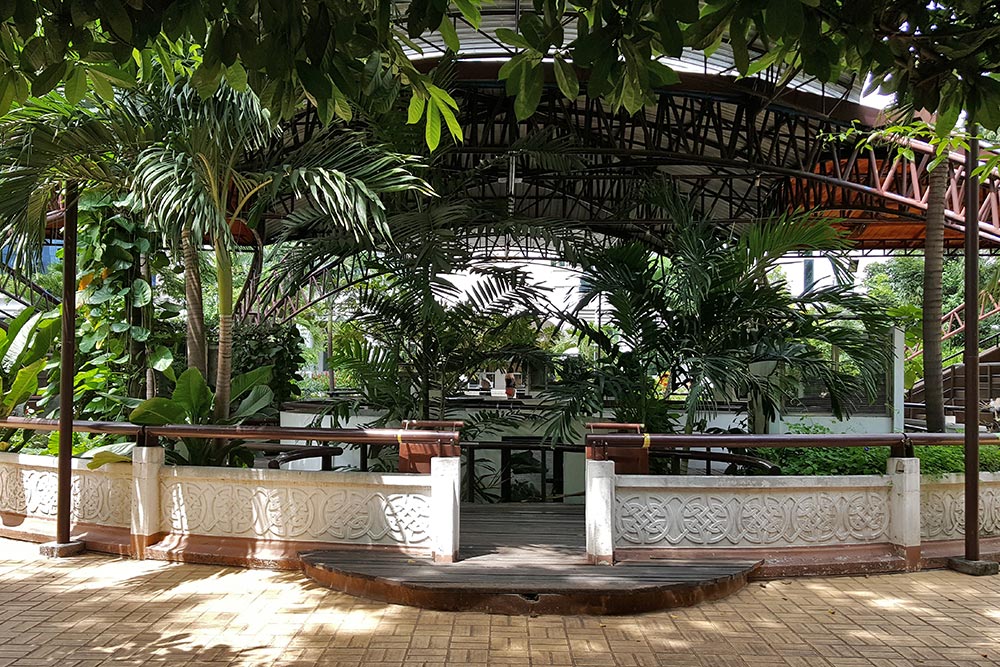 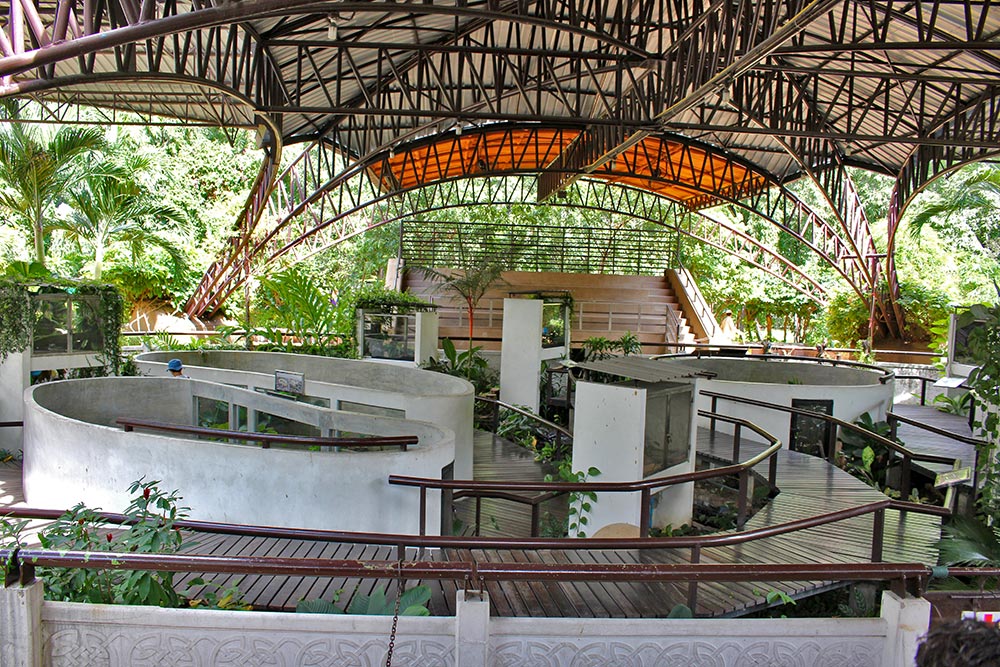 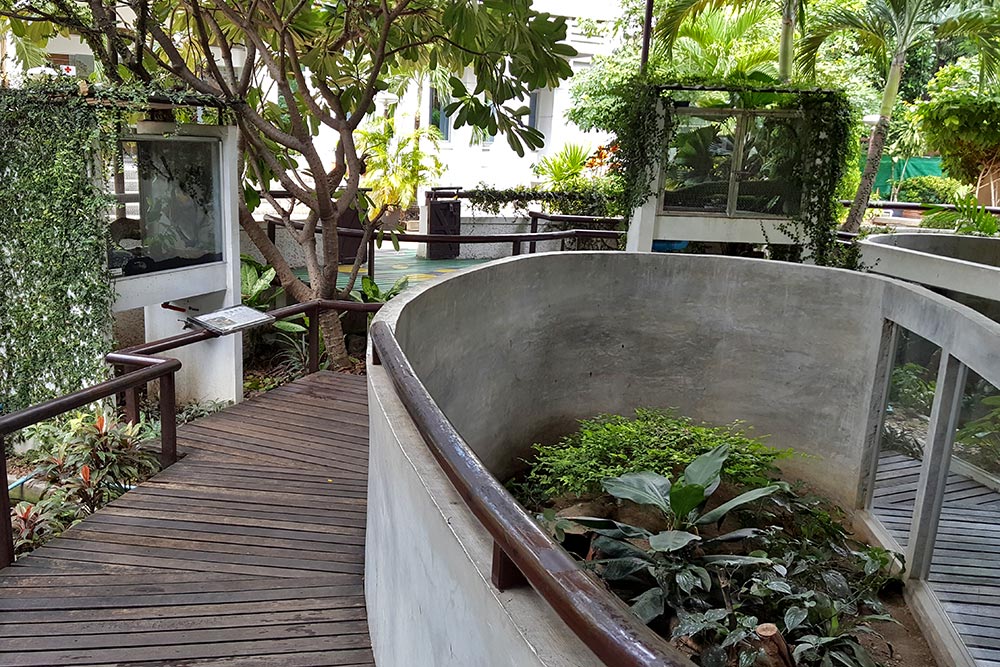 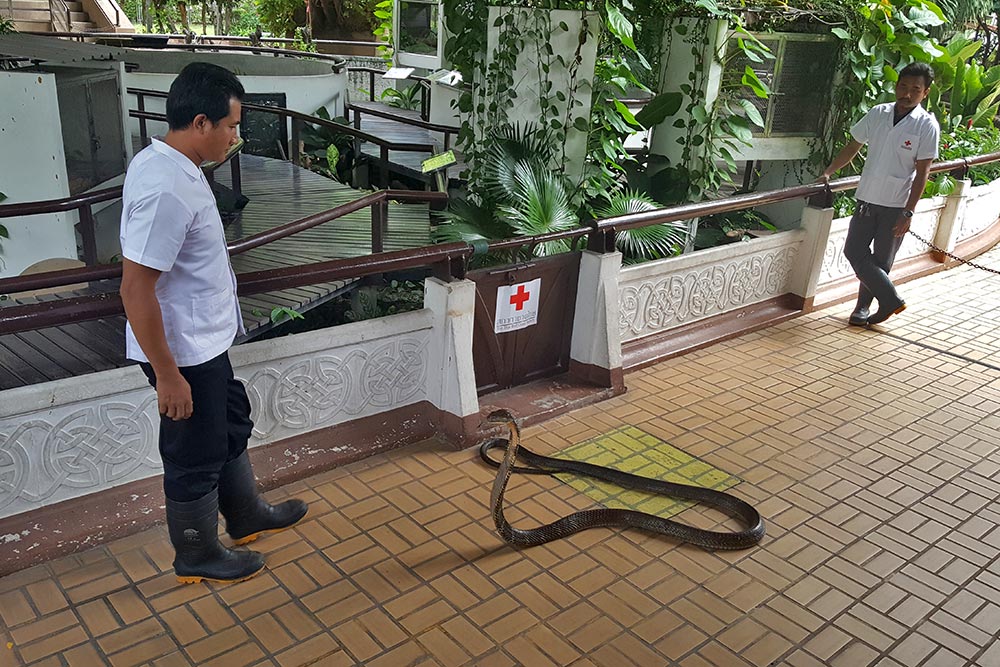 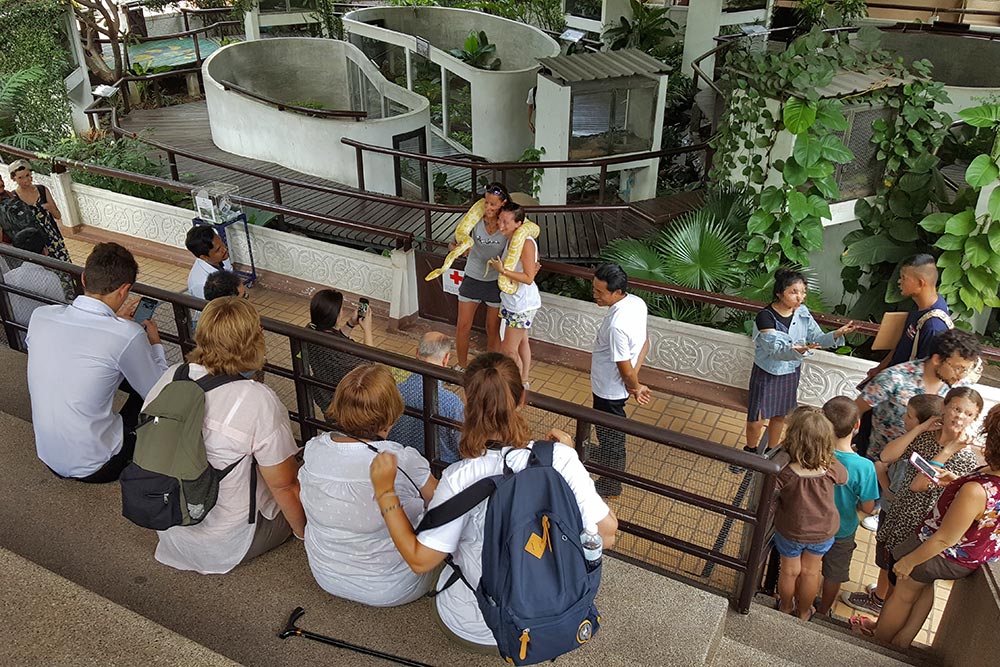 Just a few footsteps away from the outdoor serpentarium with the area is the main building Si Maseng. Here you get not just even more interesting information about snakes, at the right time you can watch the venom extraction show at 11:00am. 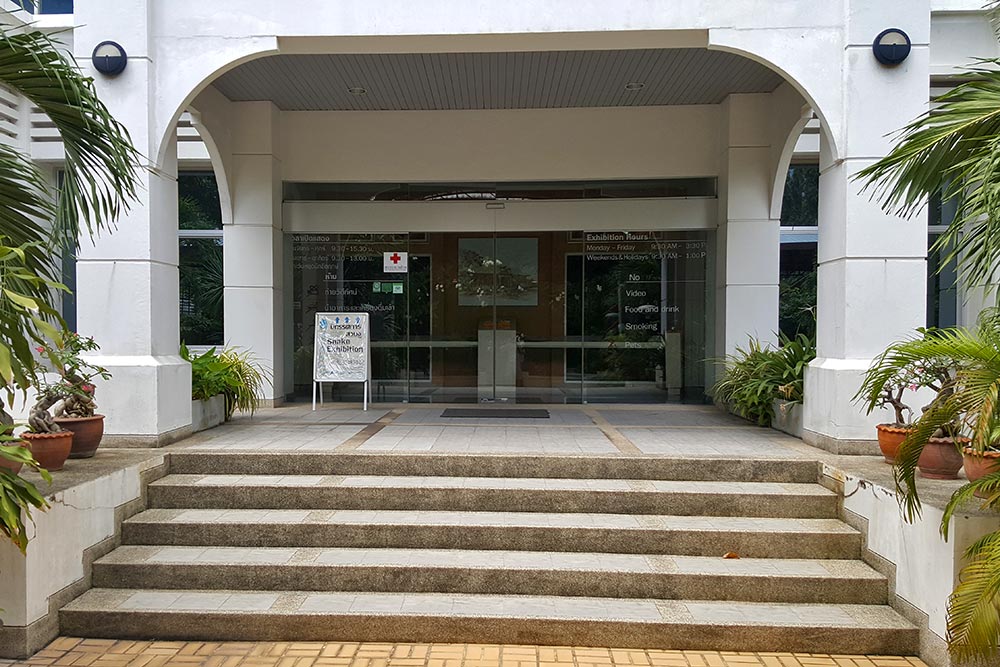 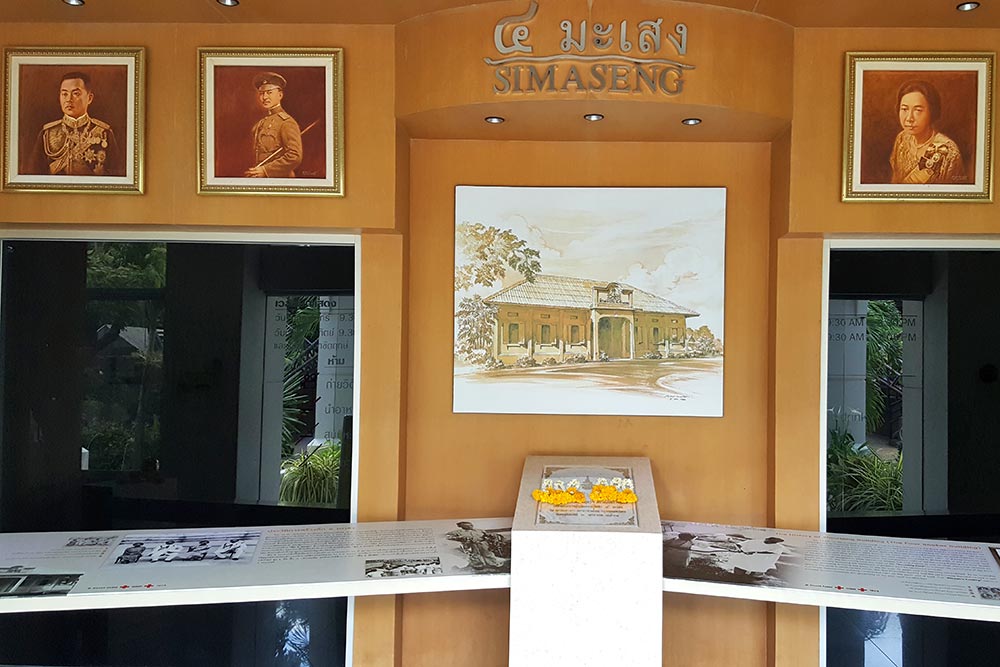 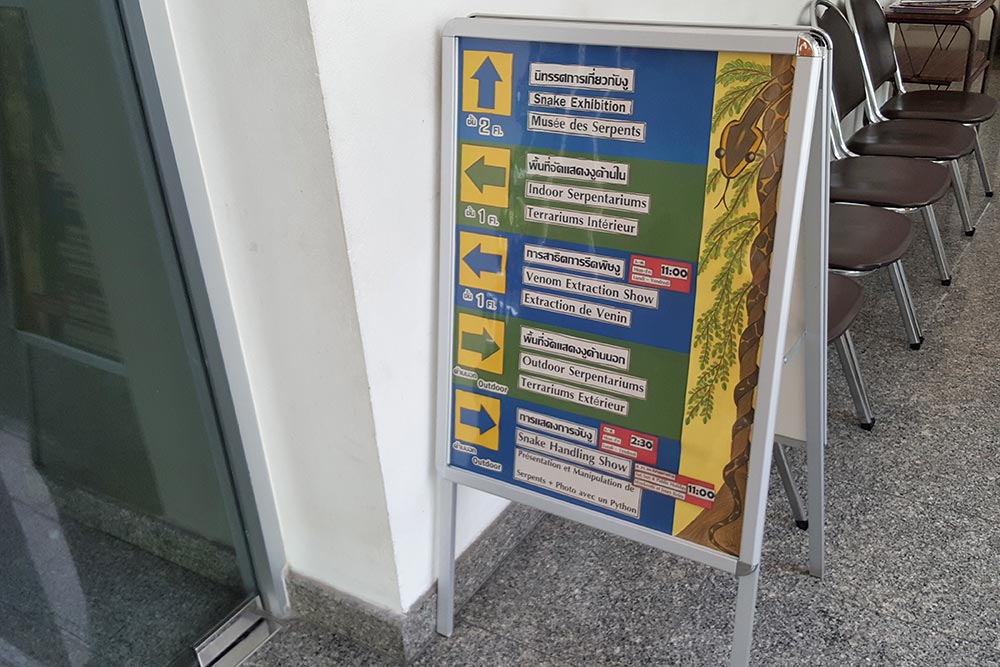 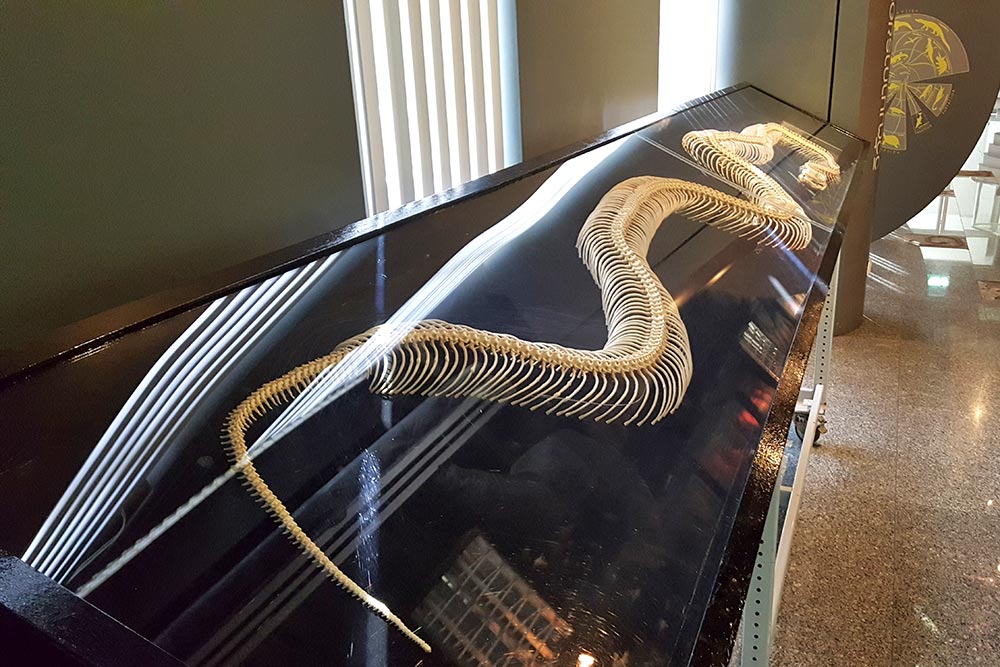 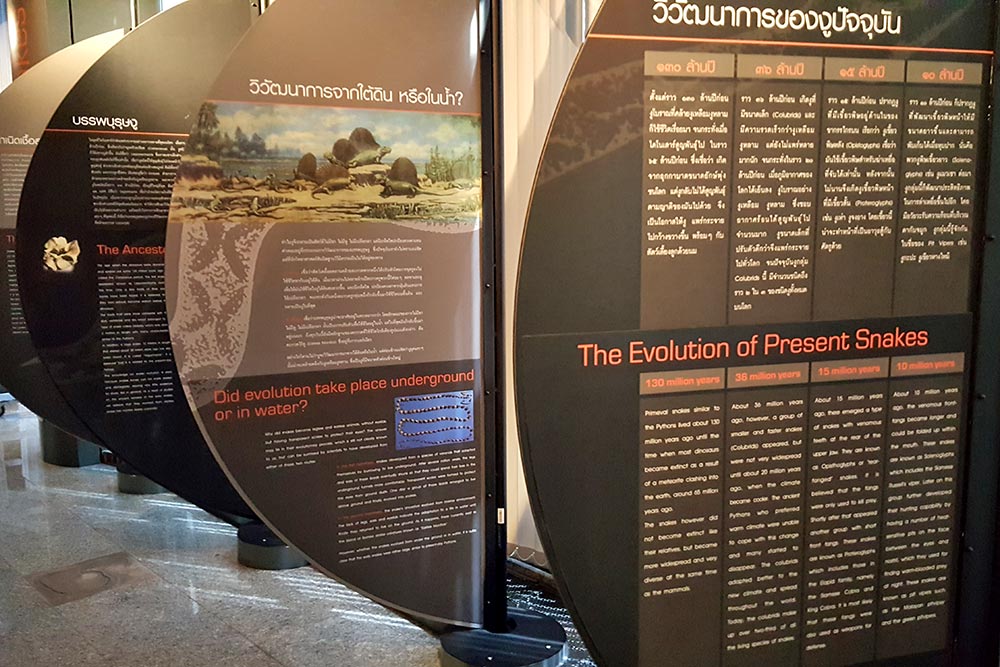