How to get there.

How to get to the crocodile farm

Ideally, a visit to the Crocodile Farm can be combined with a visit to the Erawan Museum, as both are not far from each other. The Samutprakan province is located in the southeastern outskirts of Bangkok, about 25 kilometers away. The crocodile farm is best reached by taxi or tuk tuk. Buses also pass by the crocodile farm, the bus stops are not directly at the crocodile farm and if you are not sure about the timetable you should take a taxi or tuk tuk from / to the main road to Sukhumvit Road just for the return trip.

Animal husbandry, zootechnics, zoos are terms that are nowadays in focus and must withstand criticism. The biggest criticism in the world is first and foremost "animal welfare". In this aspect, a visit to the crocodile farm will at least cause a slight stomach ache for a tourist. So you do not have to think about it for a long time, if an animal show does justice to the animals these days, they usually will not, no animal will be the showmaster in their natural habitat, except the human being.

The crocodile farm in Samutprakarn breeds crocodiles for meat and leather production. From the operators point of view, crocodile meat is a healthy food, with a higher protein content than pork or chicken and less fat. In addition to the meat, the leather of the crocodiles is processed and offered in our own souvenir shop.

Are they allowed to do that? Is that legal? The crocodile farm itself advertises that they a) CSG - Crocodile Spelialist Group joined and b have the permission of the CITES (Convention on International Trade in Endangered Species of Wild Fauna and Flora) to trading with crocodiles and their products), both the domestic as well as the international market.

The operation of a crocodile farm can be viewed from two perspectives: in the past, crocodiles were ruthlessly hunted and killed because the leather used to make certain products was used by consumers worldwide. So the decline of a population can not be good and not right to satisfy consumer behavior. The artificial breeding of crocodiles on one hand counteracts the decline, if targeted breeding, populations are built and the depletion of nature is prevented. When crocodile meat and crocodile leather products are created as "product", it is difficult to look at it from a moral point of view, because consumption is still present even if something is given back to nature.

In addition to the large crocodile farm you will find many more animals that serve as part of the zoo. Elephants, tigers, monkeys, snakes are not as many as crocodiles to see, they complete the (entertainment) program.

What remains? The question remains, is the visit to the crocodile farm good or bad, right or wrong, okay or reprehensible? Some would argue favorably, because with the farm as a whole is done for something for the animals, for the breeding, for the preservation. The others say that this form of animal husbandry and breeding does not do the animals justice. Whether a visit to the zoo, the crocodile show, which are certainly not natural, is morally out of order, ultimately everyone has to decide for themselves.

400 Baht is the entrance fee for a tourist.

As explained at the beginning, a visit to a zoo generally has a bitter aftertaste, which is not different here. The good thing about this farm, about this zoo, is that you can get close to the animals. Others would critisize the handling of the animals in generally.

We did not visit the whole crocodile farm, did not go anywhere behind the scenes. We also can not assess the extent to which the individual animals are permanently in the cages, or whether they still get the opportunity to leave in other places. No zoo in the world is species-appropriate, because there are always limits and the natural run is limited. To rehearse a show with animals is at least a bit questionable, if the organizers manage to breed animals through entrance fees, it may have some positive aspects as well.

More Images from the Crocodile Farm 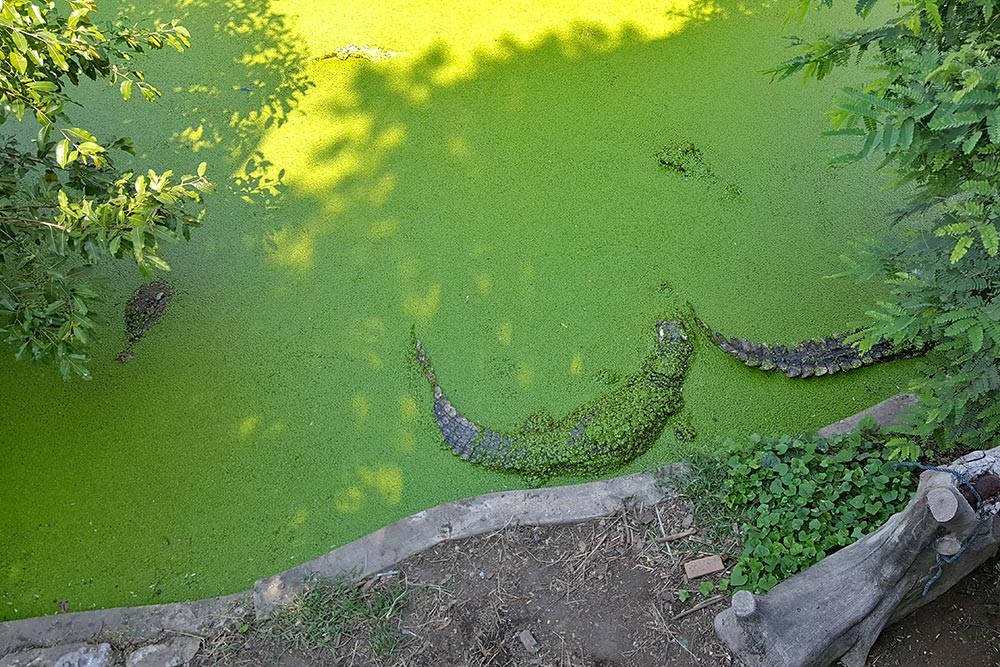 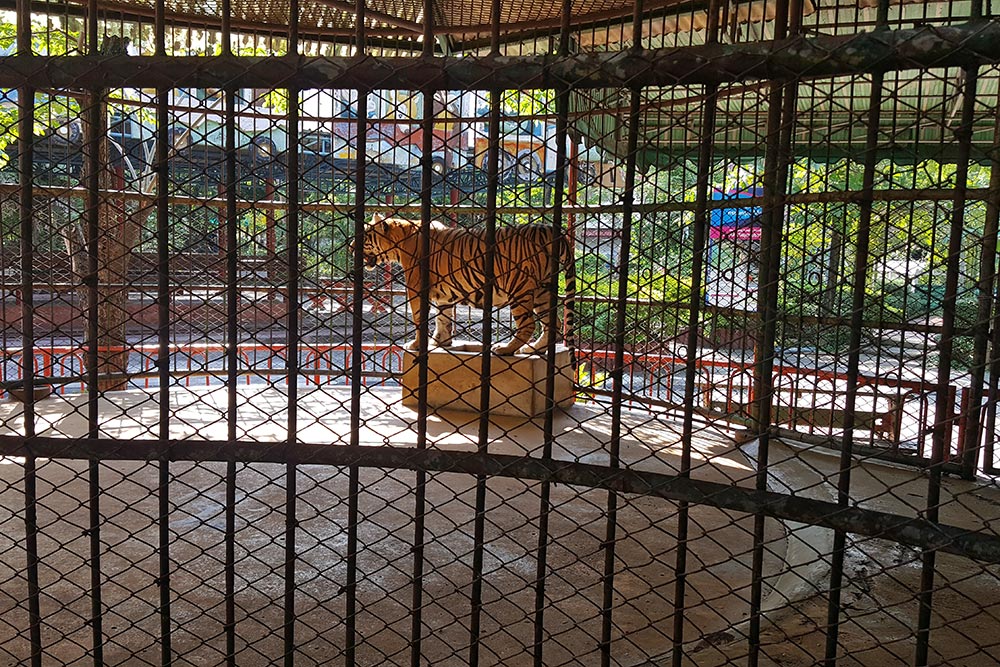 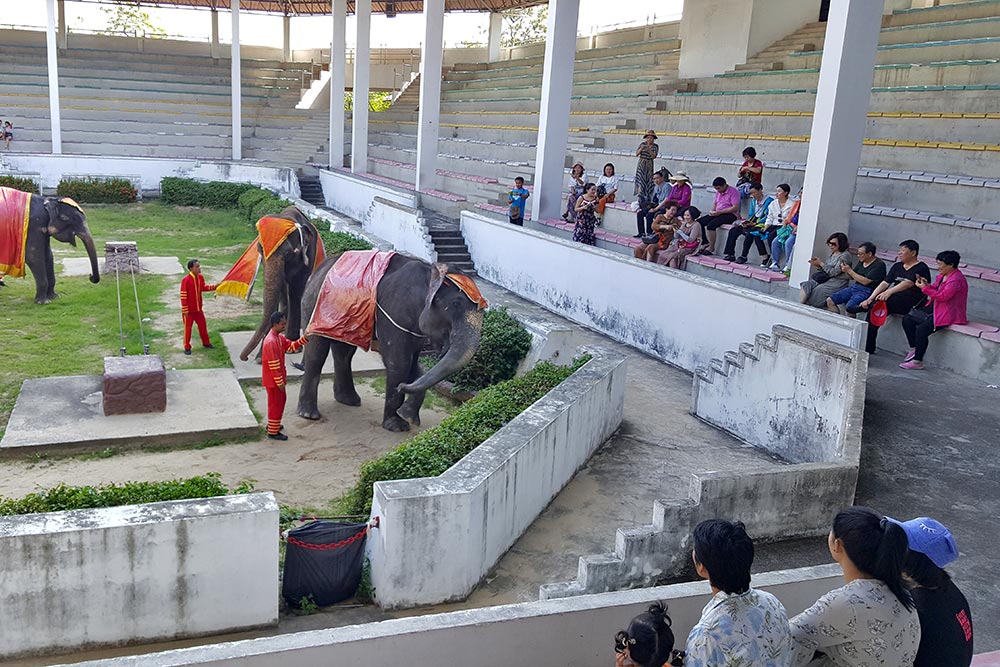 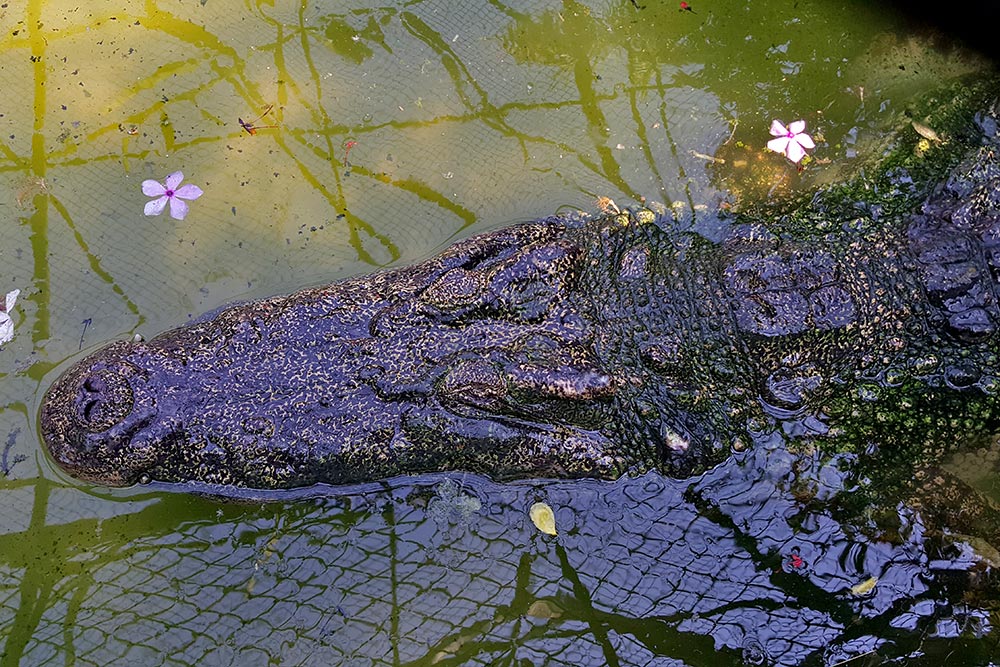 Crocodile Show
The crocodile show is exciting, for the farm staff the handling of crocodiles is certainly routine. The crocodiles are pulled out of the water for the show and built into the entertainment program. That this is not natural, you do not have to mention. How that fits into the overall picture of the farm, you just have to rethink.
Elephant Show
The elephant show takes place in an open space. The in-house tourist train runs at regular intervals in a circuit to the elephant show, but the ride costs extra money.
More Animals
At one point there is a monkey station, where what we could at least see, young chimpanzees are cared for and raised. There are several tigers, snakes and other animals.
Your Experiences
Did you visit The Crocodile Farm and did you get some more experiences or saw something great? You can tell us your experiences or if you want, you can even write your own blog! 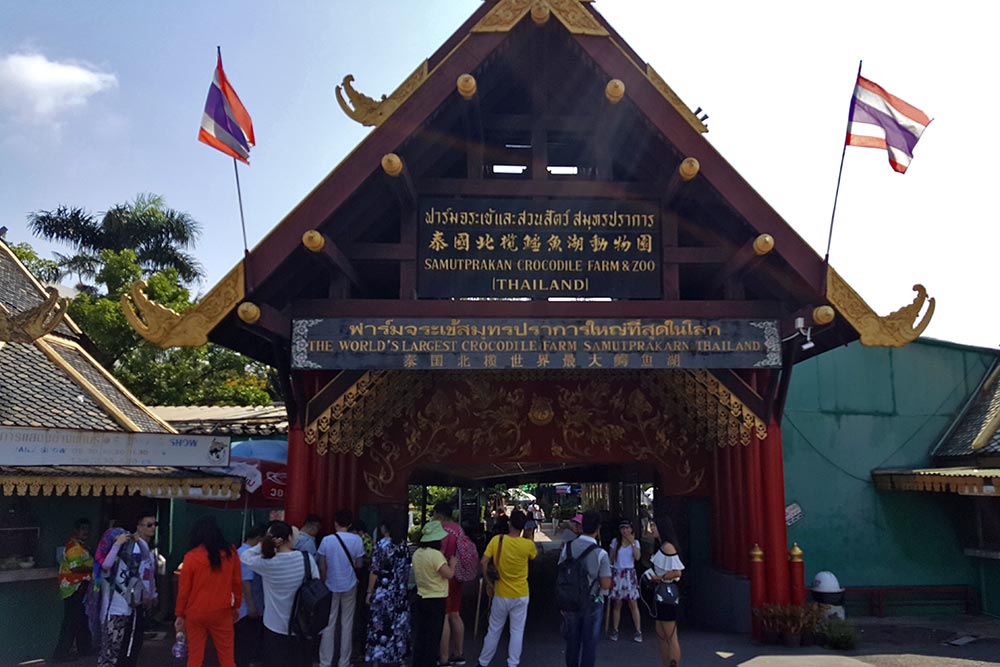 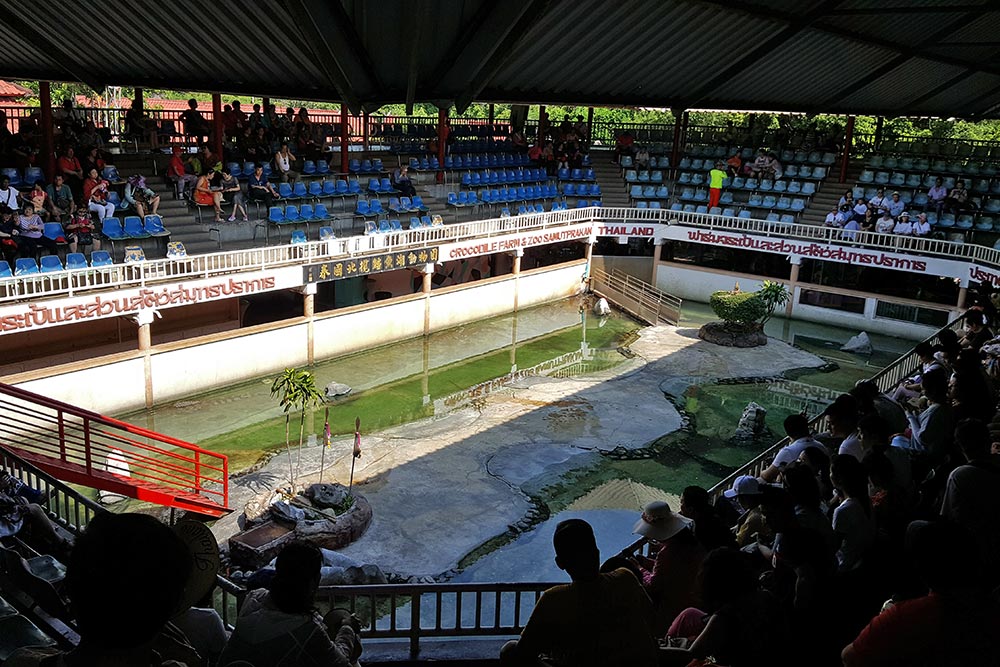 If you have the choice, you are in agony. Seating is plentiful, the question is, from where you have a good view of the show? In the middle of the long side is definitely a good choice, but it is also no problem in between to change the seat. 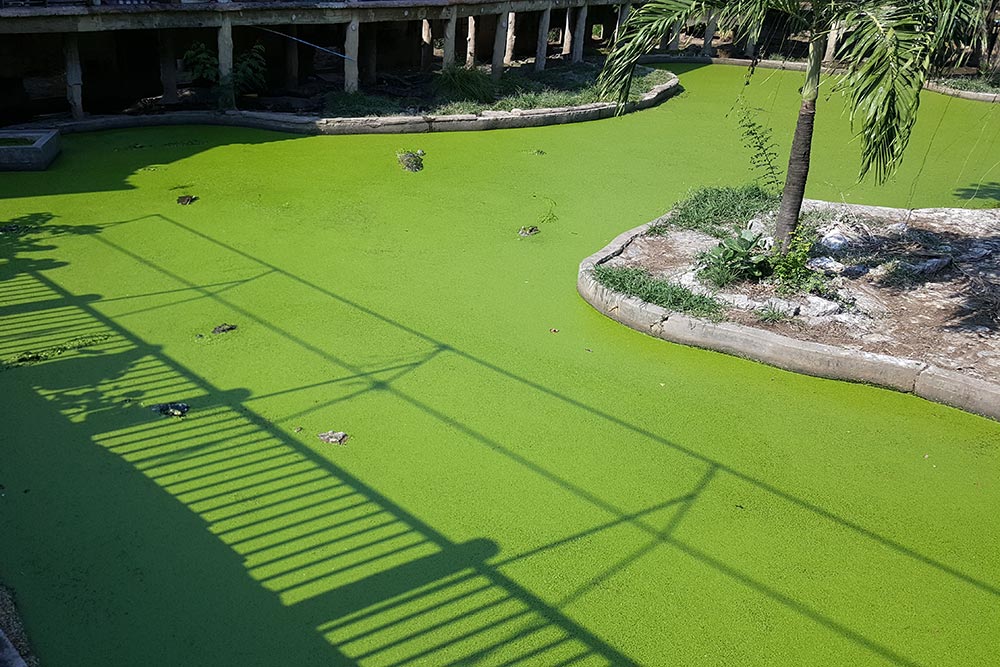 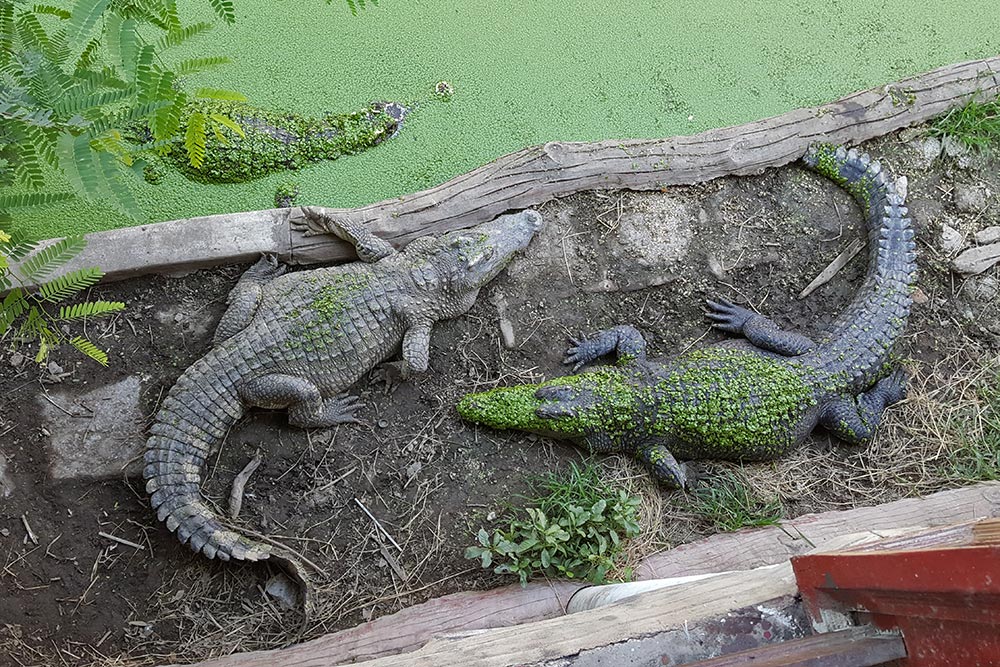 Not every crocodile will probably enjoy a secluded spot in the rather large pond near the crocodile show, but at least one or the other place offers at least some crocodiles some freedom. 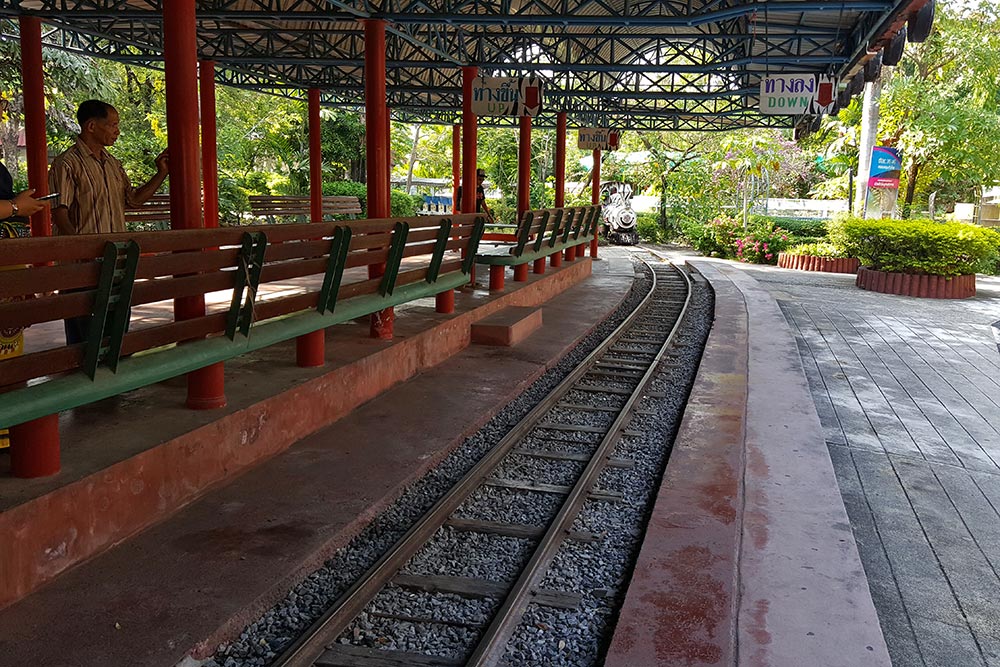 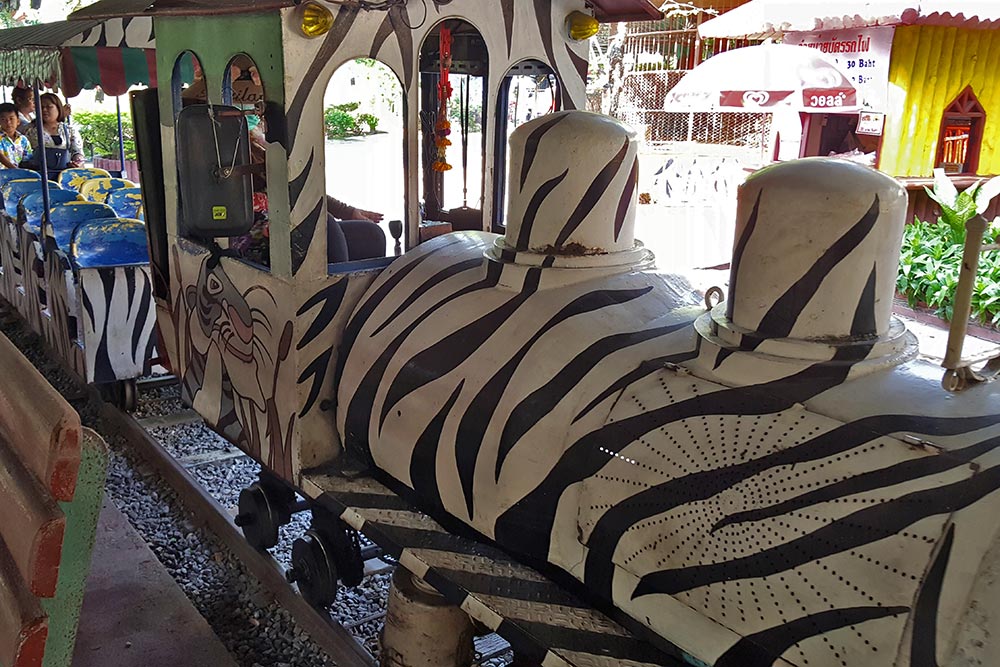 It is quite pleasant not to join every hike in the heat of the day. Even if the train costs extra, it is not only relaxing but also fun to ride. 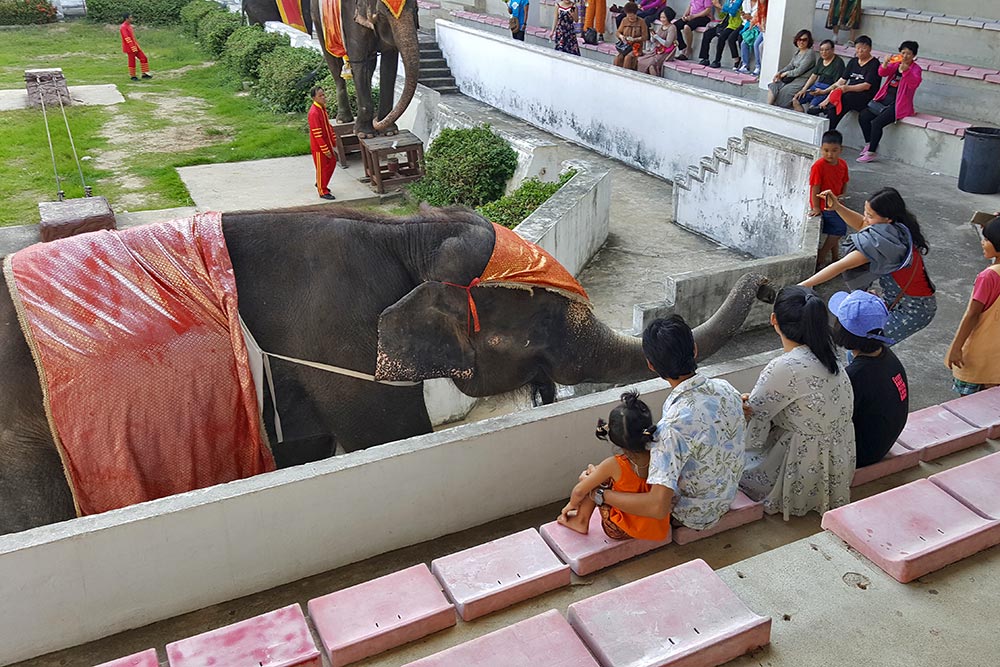 The elephant show is rehearsed and looks rather unsympathetic. For children, this is definitely an experience to get close to the elephants, fed then befitting money with what else. The elephants dancing in the show, among other things, to music, do this willingly, but it seems much worse than the crocodile show. 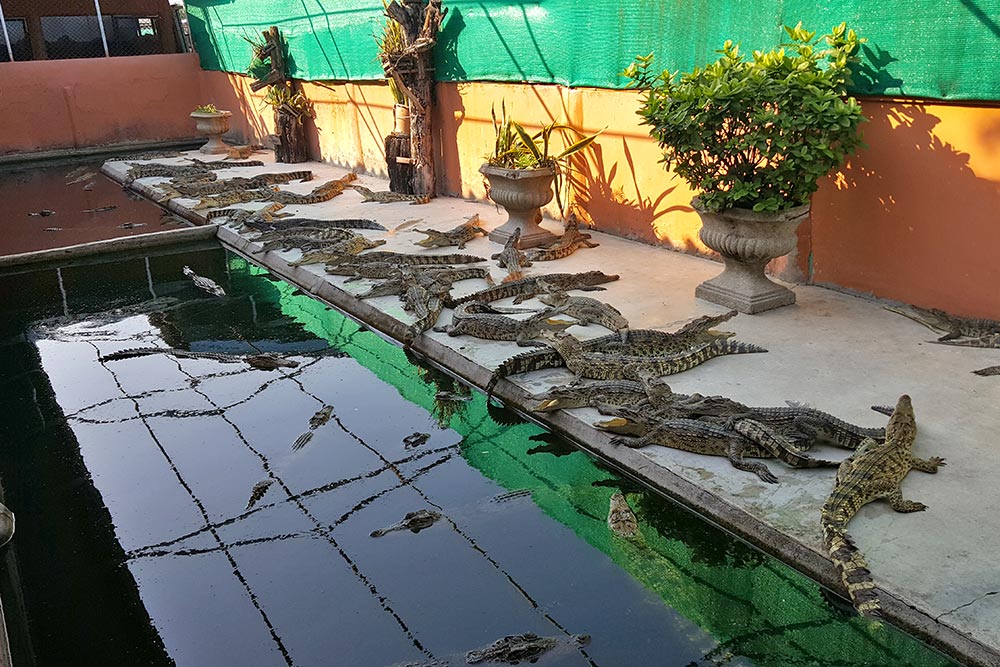 This is also available on the crocodile farm, where you can freely view the places where at least some of the crocodiles are bred and spend their lives.